“Chances to re-negotiate the deal are absolutely zero!”

In the aftermath of the Joint Comprehensive Plan of Action a heated debate has erupted in the United States. Our interview with Barbara Slavin sheds light on the pros and cons of the nuclear agreement.

In the aftermath of the Joint Comprehensive Plan of Action (JCPOA), agreed upon between the P5+1 and Iran on July 14, 2015, a heated debate has erupted in the United States over the pros and cons of the nuclear agreement. Republican-held Congress is set to vote on the deal after returning from recess in September. In order to shed some light on the political battle under way between the opponents and the proponents of the deal, we have spoken to Barbara Slavin, Nonresident Senior Fellow at the Atlantic Council’s South Asia Center in Washington D.C.

Heinrich-Böll-Stiftung: The intense debate between U.S.-American supporters and opponents of the Joint Comprehensive Plan of Action (JCPOA) is fueled by tens of millions of dollars spent on ads and lobbying activities. Can you recall the last time a foreign policy issue has caused a similarly intense debate in Washington?

Barbara Slavin: No, I can’t, frankly. There have been heated debates over arms control agreements with the Russians and so on but nothing like this. I’ve never seen such a full-court press on the part of either the proponents or the opponents of a recent foreign policy decision taken by the U.S government.

President Obama has suggested that many of the harshest critics of the deal had already made up their mind long before the agreement was struck on July 14th. In your assessment, how great of a role do partisan considerations and the upcoming presidential elections play in the current debate?

I think they play an extensive role. Now, there are people who simply do not trust Iran and don’t want to see any kind of agreement with Iran. But in this case I have been particularly disappointed that several Republican Senators that I thought might vote for the deal have come out in opposition to it, and I think that’s because of political pressure, frankly, from the Republican Party and their concerns about campaign donations from wealthy individuals who are opposed to the deal.

The U.S. negotiators drafted the JCPOA with Iran in lockstep with the other members of the P5+1, which includes China, France, Britain and Germany. Should the U.S. withdraw from the deal unilaterally, it would isolate itself from the other five members of the negotiating team. However, the repercussions of such a move do not seem to carry considerable weight in the domestic U.S. debate. How do you explain this lack of appreciation for the importance of multilateral action amongst the harshest critics of the deal?

I think that actually a number of people do understand the multilateral nature of the deal and understand that the United States really cannot relitigate this agreement. Europe will not follow us, and certainly the Russians and the Chinese will not follow us. Some opponents are making the argument though that if the United States retained certain economic sanctions, particularly on the financial sector in Iran, that this would somehow force at least the Europeans to go along with the United States. I don’t think that’s the case. I think we’ve already passed that point. But this is an argument that’s being made and it’s hard to convince these people otherwise. The only thing that would prove the negative is if the U.S. did walk away and Europe went back to trading with Iran, and European banks started becoming engaged with Iranian banks again, and the U.S. sanctions would be proven to be invalid. But for the moment it’s very hard to convince people of this.

Many skeptics have refuted President Obama’s assertion that rejecting the deal would de facto mean having to go to war, and have demanded a return to the negotiating table instead. How high are the chances of re-negotiating the deal should Congress choose to reject the current JCPOA?

I think they are zero, they are absolutely zero. This is a process that began more than a decade ago with the E3 countries [editor’s note: The E3 countries include Germany, France and Great Britain]. We had an excellent event at the Atlantic Council back in May with the Ambassadors of the E3 countries and we talked about the long history of these negotiations. The United States really only became enthusiastically involved after Obama took office. But the last two years in particular have become so intense, with so much time spent on the part of not just Foreign Ministers but major portions of the governments of all of the negotiating countries - it’s simply ridiculous to think that we could go back and re-negotiate now.

The drafting of the JCPOA marked only the beginning of a long and cumbersome process of implementation. Assessing the many risks along the way, do you think it is more likely for Iranian or U.S. hardliners to cause a potential collapse of the deal?

I think it’s hard to say. As long as Obama is President, I don’t think that Americans who are opposed to the deal will be able to interrupt its implementation. My concern really comes later if a Republican is elected President and there’s a Republican-led Congress as well. Then I might have some concerns-- not so much about the nuclear deal itself but about efforts to re-impose some of the sanctions under the cover of opposition to some other Iranian policies. And then of course we have a mirror image: if these steps are taken in the U.S., then Iranian hardliners will immediately move to try to respond in kind-- whether through the Iranian Parliament or through some other action in the region that would be controversial.

Many Iranian dissidents and human rights activists came out against the JCPOA. How would you respond to their concerns that this deal will ultimately strengthen the repressive Iranian regime and is therefore to be opposed?

Barbara Slavin: Well, many Iranian dissidents have also come out in support of the deal. My view is that if we don’t have a deal, it makes it more likely for the Iranian government to become more repressive. I think that this deal opens Iran up to more international commerce, more foreigners coming, more influence from the West, and even though the government tries to resist this kind of intervention or interference- whatever you want to call it- into Iranian affairs, it’s really a mission impossible. Iran is already very open to Western influence and it will become more so. And that will ultimately be good for Iranian civil society and for people who want to see Iran evolve in a more democratic way. So I think this is going to be positive for Iranian civil society, although we should obviously not expect miracles over night and we will unfortunately continue to see human rights abuses in Iran for the time being.

The interview was conducted on August 21 by Charlotte Beck, Program Director for Foreign & Security Policy at Heinrich-Böll-Stiftung North America. It was first published on the office's website. 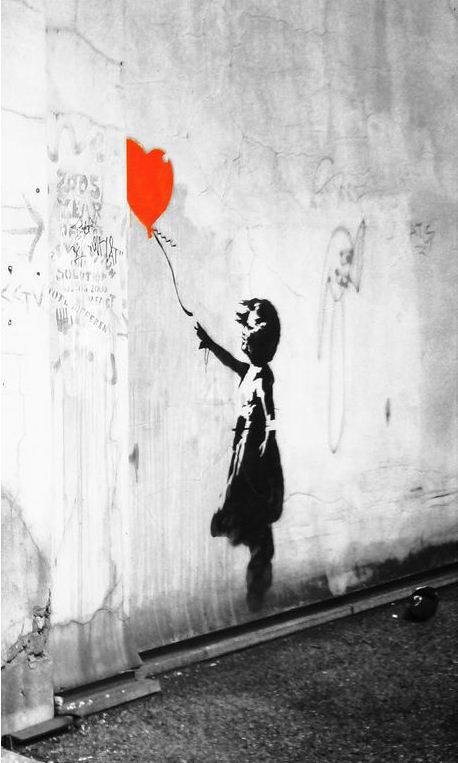 Find here our contribution to the consultation on the future of the EU's relations with neighbouring countries.

On the Way Towards Greater International Responsibility?

"In a globalised world that is closely interconnected through trade, investment, migration and the Internet, a ‘without us’ attitude just isn’t realistic", emphazised Ralf Fücks in his opening speech of our 15th Annual Foreign Policy Conference, which asked for current status of Germany's foreign policy.

Beyond Managing the Israeli-Palestinian Conflict

Mobilising opinion makers and public opinion in both societies behind an inclusive and innovative peace agenda.