Countries in the Middle East and North Africa (MENA) are blessed with huge and diversified renewable energy potential. Given the ever-increasing role of renewables in the energy mix of the EU, renewable energy cooperation has been a major pillar of the EU-MENA partnership.

The climate change & migration nexus in a global context. What role for the EU in protecting climate migrants?

Climate change and environmental degradation have accelerated global migration flows and are continuously impacting the livelihood and mobility patterns of vulnerable populations across the world.

European Cities and Citizens delivering on the Sustainable Development Goals

How can European cities and citizens deliver on the Sustainable Development Goals, what do they mean for European cities and how can citizens and grassroots initiatives help implement them? We discussed with various stakeholders on concrete examples of transformative and replicable actions coming from sub-national governments and civil society organisations.

An Insatiable Global Market – is Agribusiness Destroying Our Planet?

The Heinrich Böll Foundation European Union and the representation of North Rhine-Westphalia (NRW) to the EU organised an evening debate on 20th April in order to discuss the practice and impact of agribusiness in Europe, focusing on interrelations and responsibility concerning global and development policy. 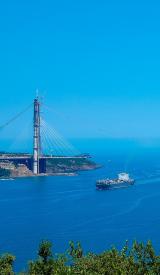 Environmental Justice in Turkey: Megaprojects in the Framework of Democracy and the Rule of Law in Turkey and the EU

A delegation of Turkish legal experts, parliamentarians, academics and environmental activists visited Brussels between 26th and 29th  January 2016 to to assess the impact of the EU environmental acquis in the context of the EU-Turkey accession negotiations.

Can the EU gain back a pioneer role through own pledges when it comes to mitigation, adaptation and financing - or is there a risk for the Union to remain a latecomer due to internal tug wars? Does Europe rather need fresh impetus from its regions to reach real climate commitments in the EU, as time runs out until talks under UN auspices have to be finalized in Paris next year? With more and more municipalities and regions embarking successfully on climate action, are there chances for these actors to go beyond current achievements, particularly if an ambitious EU strategy does not see the light of day? As regional and local entities - directly affected by climate change - would be hit hard by a fail ure of the 2015 Paris summit, how can local and regional climate action be driven forward and coordinated more transnationally in the near future?