“The time is right for a European Association”

As rapporteur for the European Parliament, MEP Sergey Lagodinsky has launched an initiative for a European legal framework for associations. With Christine Pütz, he discusses the objectives pursued and what it will take for the initiative to succeed.

Christine Pütz: When you joined the European Parliament in 2019, you lost no time in advocating for a European Association Statute and have negotiated this as rapporteur at the Committee on Legal Affairs. In February 2022, the European Parliament approved your "Report on a statute for European cross-border associations and non-profit organisations" with a strong majority across the entire political spectrum and called upon the European Commission to bring legislation. The European Commission has already announced that it will draft a bill to this effect and that it would bring a public consultation on its way. Before the background of several failed attempts, the EU is thus making fresh efforts to bring in a European law on associations. This is a subject very close to your heart. What exactly is at stake and what are the objectives of your initiative?

Sergey Lagodinsky: We are – once again – at a crossroads in the history of European integration. The rule of law and democracy in the EU are under threat and need to be shored up. It has become abundantly clear that European democracy is more than the sum of its institutions. There is much talk about the need to reform the EU institutions, to streamline the European Commission, and so on. But democracy – and we have seen this with our own eyes in recent years – is more than just a set of rules and state institutions – it also includes civil society. The two sides complement each other. Without European civil society and without the European public, there can be no European democracy worthy of the name. We must not think of democracy merely as procedures and laws. Democracy is deliberation, it is active citizenship. With our initiative, we aim to flesh out this concept in EU law.

What this boils down to, is that we can support civil society in the EU by thinking across borders and working together across borders, but also by offering protection. It shouldn’t matter which party dominates the political leadership of an individual country, or which concept of democracy they have. Civil society – that includes NGOs, associations, public benefit foundations – should be able to rely on certain minimum standards. That is the second objective: to facilitate the development of civil society across borders and to provide it with legal protection.

What form should this support for cross-border, pan-European associations and the legal protection of civil society organisations take?

The European Parliament report proposes two instruments. The first is a regulation, in other words a European law introducing a statute making it possible to set up a European Association. This would mean that these associations would be governed and administrated under European law. Anti-corruption requirements and the provisions of the criminal laws of EU Member States would obviously continue to apply. But European Associations would be founded at European level and would therefore have a European legal status. They would be registered in a public register in Brussels. The only prerequisite would be that the founding members must come from at least two EU Member States to qualify as associations acting across borders.

Then we move onto legal protection. The second instrument, a Directive, would set out certain rules. For instance, associations may not be discriminated against on the grounds of their objectives, activities or origin of their funding. Their members may not be put under pressure on the grounds of their associative activities. There are also requirements for the composition and structure of associations, equal treatment and cutting red tape in EU Member States. We are also proposing a common European definition of public benefit status. This is a key issue: how can we define public benefit at European level? This puts associations onto the European level. We are promoting and supporting European civil society.

This regulation looks rather like the European legal status that European interest groupings, companies and cooperative societies have long enjoyed. Why have associations in Europe not had a comparable status for just as long?

My interpretation is that this follows a misunderstanding of a founding principle of European integration – the idea that peace in Europe can be achieved through a Common Single Market and that trade alone will bring about sufficient commonalities. These would keep the peace project in Europe ticking, virtually automatically. This explains why we have European companies, economic interest groupings and cooperative societies, in other words economic actors, which correspond to the EU’s raison d’être according to the interpretation of the time – but no European associations. On top of this, EU Member States jealously guard what they see as their sovereign responsibilities. They do not want European rules and regulations getting in the way. There was great resistance in Germany, for instance, as the German law on associations has such a long tradition. However, that disregards the fact that the introduction of a European legal form would be in addition to national forms of association, not replace them. The European Parliament and the European Commission have been up against this resistance for decades and it is on this resistance that all initiatives to this end have foundered. 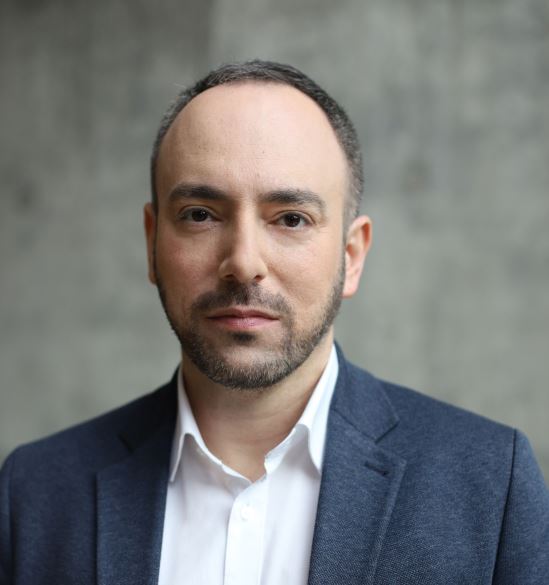 Sergey Lagodinsky is a Member of the European Parliament (The Greens/European Free Alliance). He chairs the EP Delegation to the EU-Turkey Joint Parliamentary Committee and is Vice-Chair of the EP Committee on Legal Affairs. HE also seats at the EP Committees on Foreign Affairs an on Civil Liberties, Justice and Home Affairs, as well as at the EP Delegation to the Euronest Parliamentary Assembly.

Until June 2019 he was the Head of European Union and North America Division of the Heinrich-Böll-Stiftung. His expertise lies in transatlantic relations, international and constitutional law as well as law and politics of diversity and integration.

Two initiatives had already been brought by the European Parliament. In the 1990s, the European Commission even drafted a law on EU Associations, but ultimately failed to get it past Member States’ governments. Why are you so confident that it can succeed this time? What has changed?

Public perception has developed enormously and is more European than ever. In recent years, we have also seen, unfortunately, that a common set of values cannot be taken for granted. We have been forced to conclude that we need a proactive legal structure for European democracy to safeguard our shared values. Nevertheless, this is something we’ve only just realised now. We are aware that it is not just the market that keeps us together in Europe, but democracy and values as well. And we must work hard for this, with all the resources at our disposal. Today, there is also the understanding that democracy is forged not just on paper and in institutions, but we also need a free, active civil society of a pan-European nature. Today, even the European Commission can see that it is not enough to refer governments to court that breach our values, or to look the other way while the rule of law is broken – but that we must also play a part in shaping our democracy. This is an opportunity for a new understanding of democracy, as it lies in the gift of the EU to protect European associations and civil society and to give them a European status.

There is another aspect: Previously, there was no understanding of associations as market actors. Obviously, associations are part of the market, even if they do not work on a for-profit basis. They are consumers and may also be economically active – public benefit associations will by definition plough any profits back into their activities. So, there is a new understanding and I can tell from the European Commission’s reaction that we don’t seem to be wrong.

When we talk about legal protection for civil society under pressure, we automatically think of countries such as Hungary and Poland. Would it be in the interest of these governments to agree to a European Association Statute? How can all governments be brought on board?

It comes down to two things. Firstly, the pressure that civil society manages to excert itself. This is why it is so important for as many stakeholders as possible to participate in the Commission’s public consultation, running until the end of October 2022. EU Member States might look with scepticism at a proposal of this kind may well want to profit from the EU. It is also a question of priorities and what the European Commission or the Council can offer as part of the negotiations. I am certainly delighted that we have succeeded in expressly locking in the support of the current German federal government in the Traffic Light coalition agreement. This has never happened before and speaks volumes about where we stand on the matter in Germany.

Secondly, I am fully aware that the European Commission is looking for realistic options. One such option would be to decide not to seek the form of a Regulation but propose a Directive which can be adopted by qualified majority rather than requiring unanimity. Another option would be enhanced cooperation, in which certain EU Member States lead from the front as pioneers in the hope that this will have a magnetic effect on all others. The fact that there could be vetoes should not stop us from doing everything necessary to move forward. And it won’t!

Thank you for the interview!

This interview was first published in German on boell.de.

It is time for a European Association Statute!

Dossier
So far there has been no separate legal status for associations organised at European level. This not only makes transnational cooperation more difficult, but also makes civil society vulnerable.

Dossier
The rise of partial judicial systems, the coercion to press and academic freedom, the attack to women and minorities’ rights, corruption and cronyism are attempting against the rule of law in many EU Member States. This dossier gives a voice to politicians, civil society and academics defending democracy and fundamental rights in the EU.

Safeguarding the rule of law in the EU: “We need to put an uncomfortable truth into words”

Interview
An interview with MEP Sergey Lagodinsky (Greens/EFA) on the protection of the rule of law in the EU, the European Commission’s proposals and the demands of the European Parliament.
By Eva van de Rakt