Teaser Image Caption
The legal protection of forests and indigenous rights is the most common means used to resist drastic environmental destruction in Latin America.

Read the full Meat Atlas 2021: Facts and figures about the animals we eat, by the Heinrich-Böll-Stiftung, Friends of the Earth Europe and BUND.

No other consumer products need as much land to produce as meat and milk. Globally, 77 percent of agricultural land is used to raise animals or the crops to feed them. That means that livestock production is inextricably linked with conflicts over land. According to the British environmental organization Global Witness, 212 campaigners for land rights were killed in 2019. The numbers of activists killed have been rising for years.

Conflicts over land can take very different forms. On the one hand, the expansion of pasture and fodder cropping threatens land use by indigenous people and smallholders. On the other, livestock raising is also a traditional production system often used by nomadic communities practicing pastoralism, which is based on co-existence with natural ecosystems. This is being threatened by the expansion of industrial agriculture.

Brazil is a prime example of export-oriented livestock farming leading to land conflicts. The expansion of animal agriculture at the expense of natural ecosystems is progressing relentlessly in the self-proclaimed agricultural powerhouse of the world. The exact numbers are controversial, but an estimated 150 to 200 million hectares of land are used for raising livestock. For comparison, “only” 35 million hectares are used to grow soybeans, and around 4.5 million are used for maize. The area used to raise cattle in Brazil alone, 175 million hectares, is about the same as the entire agricultural area of the European Union.

Because of its sheer scope, cattle raising is the main driver of the destruction of ecosystems and the habitat they provide to indigenous peoples and traditional communities. The expansion of pastureland and large-scale monocultures constricts the living spaces of these communities. They are often driven off their land or find it impossible to continue their way of life. Since areas for hunting and gathering are not legally secured, agro-industrial interests find it easy to take them over. Conflicts over land are often accompanied by conflicts over water. Water is diverted for agricultural use, and springs are poisoned by pesticides and chemical fertilizers, making them unusable for local people.

The expansion of agribusiness in the Amazon region is well researched and documented. At least two-thirds of deforestation in the area occurs through the creation of pastures for cattle – not only to meet the growing demand for beef, but also as a strategy for securing title to the land. The ownership of many forested areas is not clearly regulated, and clearing the forest is in most cases illegal. But Brazilian law states that anyone who uses land can lay claim to it, and converting it to pasture is the easiest way to demonstrate that use. The situation in Pará, a state in the Amazon region, illustrates this process. Between 2000 and 2018 it lost 11.6 million hectares of natural vegetation, while in the same period cattle pastures grew by 8.3 million hectares – an area the size of Austria. Once it has become possible to consolidate ownership claims through the creation of pasture, other investments often follow, such as growing soybeans.

While the production of beef and feed is the most significant cause of conflicts over land in South America, this is not always the case elsewhere. In much of the world, pastoralism is a traditional practice that relies on co-existence with natural ecosystems, not their elimination. The significance of pastoralism is often ignored, and as a production system and way of life it receives very little political support. More than 200 million people are estimated to practise pastoralism, and they manage 25 percent of the world’s land surface. Entire countries have been shaped by pastoralism: some 76 percent of the area of Mongolia is used as pastureland.

That land is often a commons – land with a communal form of ownership. The lack of individual land-ownership rights is a widespread feature of pastoralist societies. This, and their apparently low productivity, have made them vulnerable to modernization attempts. In many countries, especially in Africa, “modern” forms of farming with individual land ownership rights have expanded at the expense of pastoralist societies.

The expansion of large-scale cattle raising in South America and the threats to pastoralist societies, especially in Africa and Asia, both share a common solution: securing the rights of traditional communities. These rights are fundamental for land use policies that take climate change and biodiversity loss seriously as a major global threat.

Atlas
There is hardly any other food that pollutes our environment and the climate as badly as meat. However, no government in the world currently has a concept of how meat consumption and production can be significantly reduced. But if the sector continues to grow as it has up to now, almost 360 million tons of meat will be produced and consumed worldwide in 2030. With ecological effects that are hard to imagine. 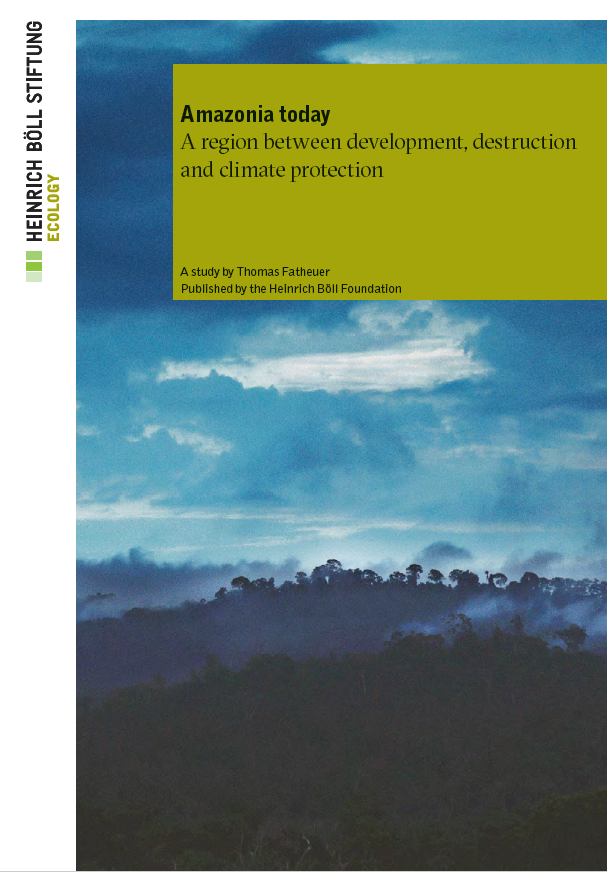