What to do with the EU’s internal subversives

Disinformation and misinformation thrive in uncertainty and secrecy. While growing awareness within the European Union of the threat posed by malign disinformation campaigns to undermine support for democratic values, and the EU project as a whole, has elicited a number of robust responses, these have mostly targeted external actors. Addressing threats from within Member States poses a more acute challenge, one that will require great thoughtfulness and delicacy to resolve, and require a unanimous collective effort.

“In an ever-changing, incomprehensible world the masses had reached the point where they would, at the same time, believe everything and nothing, think that everything was possible and nothing was true…” Hannah Arendt, The Origins of Totalitarianism, 1951

The greatest challenge when discussing ‘disinformation’ is defining it, and in so doing, resisting the urge to use it as shorthand encompassing everything from targeted malicious and intelligence operations, through propaganda, to sloppy reporting, tabloid sensationalism and the conflation of facts with opinions. The decline of traditional media, and thus its reduced role as the gatekeepers of facts, along with the rise in digital news and social media platforms as conduits of information, have resulted in an ‘information disorder’, which, in tandem with declining standards of rule of law in several Member States, has created a significant dilemma for the European Union. Sanctioning or regulating domestic purveyors of narratives deemed to undermine democratic values, and in practice the collective interests of the EU, seems laudable and necessary, but risks exacerbating divisions and strengthening the position of those disseminating them. Addressing these challenges effectively requires a thoughtful, perhaps even pedantic, approach.

The European Commission differentiates between dis- and misinformation by intent: “disinformation is 'verifiably false or misleading information created, presented and disseminated for economic gain or to intentionally deceive the public'. Misinformation is verifiably false information that is spread without the intention to mislead, and often shared because the user believes it to be true.” Disinformation only entered the English language in the 1950s, based on the Russian dezinformatsiya, and is defined as “false information which is intended to mislead, especially propaganda issued by a government organization to a rival power or the media.” Propaganda is “information, especially of a biased or misleading nature, used to promote a political cause or point of view.”

For several years, there has been a growing awareness and alarm about targeted foreign influence campaigns seeking to “sow fear, discord, and paralysis that undermines democratic institutions and weakens critical Western alliances such as NATO and the EU.” The Russian state’s efforts conducting a ‘hybrid war’ came to wider public attention and concern on the part of policymakers in the wake of that country’s invasion of neighbouring Ukraine and subsequent occupation of Crimea and part of the Donbass region. Using traditional and online media, Russia has sought to shape public opinion and divide societies, weakening the EU and influencing its processes by promoting narratives that not only distorted, but altered the facts of the ongoing conflict, turning the victim into the aggressor. Since then, the field of tracking, analysing and countering disinformation has grown, expanding to include China and Iran as actors engaged in seeking to shape public opinion through the media, and prompting a number of state and international initiatives in response. While there has been significant mobilisation around robust responses to foreign disinformation in recognition of the security threat it poses, addressing the internal weaknesses and vulnerabilities that facilitate the circulation of disinformation within democratic societies has been inadequate.

There is a growing awareness of the threat posed by domestic purveyors of disinformation and ‘fake news’, including some governments that not only shape the content of public media, but also curtail independent media outlets to further their political interests and consolidate power. Yet here is where definitions of ‘disinformation’ become blurred as the application of the term is politically charged and needs to be clearly considered balancing state sovereign rights with international commitments, but also the interests of a broader EU public collective. 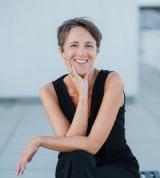 Joanna Rohozińska has been engaged in civil society programmes in the post-Communist space for over 20 years, living and working in several countries in the region. She holds a graduate degree in Russian and European History from the University of Toronto, where she focused on nationalism and foreign policy.

A recently published study, “Countering Kremlin’s Media Influence in Europe,” by the Sofia-based Center for the Study of Democracy, identified common overarching pro-Russian anti-democratic narratives: “A major component of the Kremlin’s toolbox … has been to push nationalist, anti-migrant, misogynist, and economically illiberal messaging into European information spaces and thus erode the publics’ commitment to democratic values.” The dilemma is that in several EU countries, including some addressed in this online dossier, these narratives are at times indistinguishable from those promoted by the states themselves. These include nationalist sentiments and practices, sovereignty (in contrast to or in competition with the EU’s supra-nationalism), family values, ethnic and religious co-existence (largely related to migration crisis), and state economic interests in the context of globalisation and capitalism.

Moreover, in direct contravention of several declarations and conventions these states are signatories of. Moreover, the European Parliament resolution on media pluralism and media freedom in the European Union adopted 3 May 2018 “…Condemns attempts by governments to silence critical media and demolish media freedom and pluralism, including by more sophisticated ways that do not typically create an alert in the Council of Europe Platform for the Protection of Journalism and Safety of Journalists, such as by government members and their cronies buying up commercial media outlets and hijacking the public service media to serve partisan interests.” The call for a Media Freedom Act, appears to build on this resolution.

Distinguishing state-sponsored disinformation from traditional propaganda in the traditional media landscape largely hinges on examining ownership structures. In post-communist countries, efforts to transform state media into public service media have always faced challenges and remained vulnerable to pressure exerted by parties in power, in some states more than others. The flourishing of independent media, both broadcast and print, was a sign of democratic progress, a process deemed completed with the accession of many former Warsaw Pact countries into the European Union. However, traditional media worldwide faces a sustainability crisis and the past several years have seen many roll-backs as governments increasingly assert dominant positions over their domestic media markets.

The Code of Practice on Disinformation and Digital Services Act seek, in complimentary ways, to address and regulate the online space within the EU, including the impact of social and online media on spreading disinformation, as well as its skewing of the online market through algorithms and online advertising. Combined with the Commission’s Action Plan to support the recovery and transformation of the media and audiovisual sector, there is a concerted effort to boost viable, dependable and transparent media across the EU. However, implementation may prove challenging and controversial in those countries where the state is seeking greater control over the media, often in the name of protecting local media from foreign influence, but in practice silencing voices that do not align with government opinion. Support for legitimate independent outlets can bring the EU/ the European Commission into conflict with national governments, and can be perceived and interpreted by the latter as infringing on sovereign rights, meddling in domestic affairs and subverting elected governments.

The inevitable question that arises is who is to serve as arbiter of truth in differentiating between a government claiming to exercise its sovereign right to ensure the interests of its citizens as it perceives them, including through its communication strategy, and a government sanctioning the proliferation of questionable or inflammatory information that primarily serves its particular interests, rather than the public interest more broadly. State-sponsored disinformation would amount to demonstrating that a state-funded entity intentionally presented incorrect facts with the malicious intent of misleading (thus presumably harming) the public. It is difficult to envisage an appropriate international body that would enjoy the requisite legitimacy to make binding actionable decisions.

Transparency and plurality of media ownership could hold the key to defining boundaries between serving public or party interests. While certainly problematic, government narratives dominating state-funded media are at least somewhat more understandable, and certainly clearer. The repetition of these narratives by nominally independent outlets is ultimately more problematic, creating the illusion of plurality in what is, in fact, a stifled information environment. One could argue that if a government is disseminating narratives in the public interest, it should be done in an open and transparent manner, in the same way that it insists non-state and private actors do in disclosing affiliations and financing from foreign sources. However, too any proscriptions regulating foreign versus domestic media ownership by the EU could prove complicated, particularly in the climate of mistrust concerning the EU, and increasingly the ‘West’, acting in the guise of supporting democracy thinly veiling commercial interests. It could also raise other issues, such as the October 2020 approval by the European Commission of the sale of Central European Media Enterprises (CME) to the PPF Group conglomerate, whose owner is the Czech Republic’s richest businessman Petr Kellner (who subsequently died in late March 2021). In addition to concerns over potential market concentration, Kellner had also been accused of acting as a proxy for China; both these points have raised questions about the European Commission’s decision-making process.

If malicious intent to harm is central to the definition of disinformation, then in the case of domestically focused state-sponsored narratives it can prove quite difficult to substantiate. Efforts by the European Union to act as arbiters and regulators of the information space of its members, while laudable (and, as the case studies show, perhaps necessary to its collective survival), need to proceed with extreme caution and with the explicit support of all Member States. Without the legitimacy inherent in unequivocal engagement such bodies could in fact strengthen those seeking to weaken the EU, both internally and externally.

The views expressed are solely those of the author and do not reflect those of the International Republican Institute.

Publicly funded hate in Slovenia: A blueprint for disaster

Commentary
When discussing the issue of hate speech in the digital age, we often put the blame on content intermediaries such as Facebook or Twitter. But what happens when hateful speech in the form of party propaganda is indirectly or directly funded by the state, using public money?
By Domen Savič