Publicly funded hate in Slovenia: A blueprint for disaster

When discussing the issue of hate speech in the digital age, we often put the blame on content intermediaries such as Facebook or Twitter. But what happens when hateful speech in the form of party propaganda is indirectly or directly funded by the state, using public money?

The basic question I posed in 2018 was very simple. Nova24TV, an online platform and TV outlet, was showing an advertisement for a national telecom company and I wanted to know why.

We are not talking about just any online and TV outlet, as this particular media operation was connected with the leading Slovenian right wing party. In recent years, Nova24TV has published a stream of fake news, copied from different global fake news websites or, in some cases, invented their own high tales about refugees, their political opposition, the global climate crisis and anybody who opposes them.

They also promote global alt-right personalities, spread many of the alt-right conspiracy theories (e.g. the Great Replacement theory, false claims about the philanthropist George Soros and others) and offer a media platform for the Generation Identity movement.

After the national telecom heads refused to publicly answer my question, telling me they are do not judge the media content their advertisements appear next to, I organized a national movement, which included appealing to the on the head of government, petitioning the national parliament and bringing forth the issue of propaganda funding via advertising contracts.

In the subsequent years, I have also expanded my focus of research, concentrating on several ministries which funnel public money via state advertising contracts to help fund this propaganda outlet with ties to the Orbán regime. Several independent reports from the past few years document the ways the Slovenian right wing political party SDS sold shares of its propaganda outlets to people connected with the Orbán regime. Furthermore, the outlet in question offers a steady stream of interviews with well-known personalities from the global pool of the alt-right movement, right-wing party propaganda and misinformation about current events, both on the local political scene and globally.

It was, as they say, a public secret. Public companies and private enterprises seemed to be buying political influence by advertising on a propaganda outlet with little to no regard for the marketing aspect of the deal. Reports on the viewership and online audience were showing a media outlet with negligible audience, yet companies such as the national telecom, the national post office, the biggest local insurance company and the biggest local retailer apparently saw no problem in buying up advertising space during Nova24TV’s TV shows or on their online platform.

However, things got really interesting once the Ministry for Defence started to advertise on this right-wing propaganda outlet. We started petitioning the government via Freedom of Information Act requests to release the documents that show the marketing reasoning for buying up advertising space on a hate propaganda outlet and trace the decision-making process that led to that decision. It did not go as expected.

The first response from the ministry was that the documents detailing the spending of public money to pay for advertisements are trade secrets. After a complaint to the local data protection agency that issue was resolved and we received the documents detailing the ways public funds are being funnelled into right wing media outlets, connected with the right-wing parties SDS and NSi. The official records show huge discrepancies in ad buy reporting, indicating very strongly that the ministry decided on funding party-related propaganda outlets first and then made the advertising agency work out the theoretical ad buy to cover for that decision. This makes for some interesting reading, since the number of TV ads reported is practically impossible to be played, unless the TV station cancelled every other piece of content in that time. 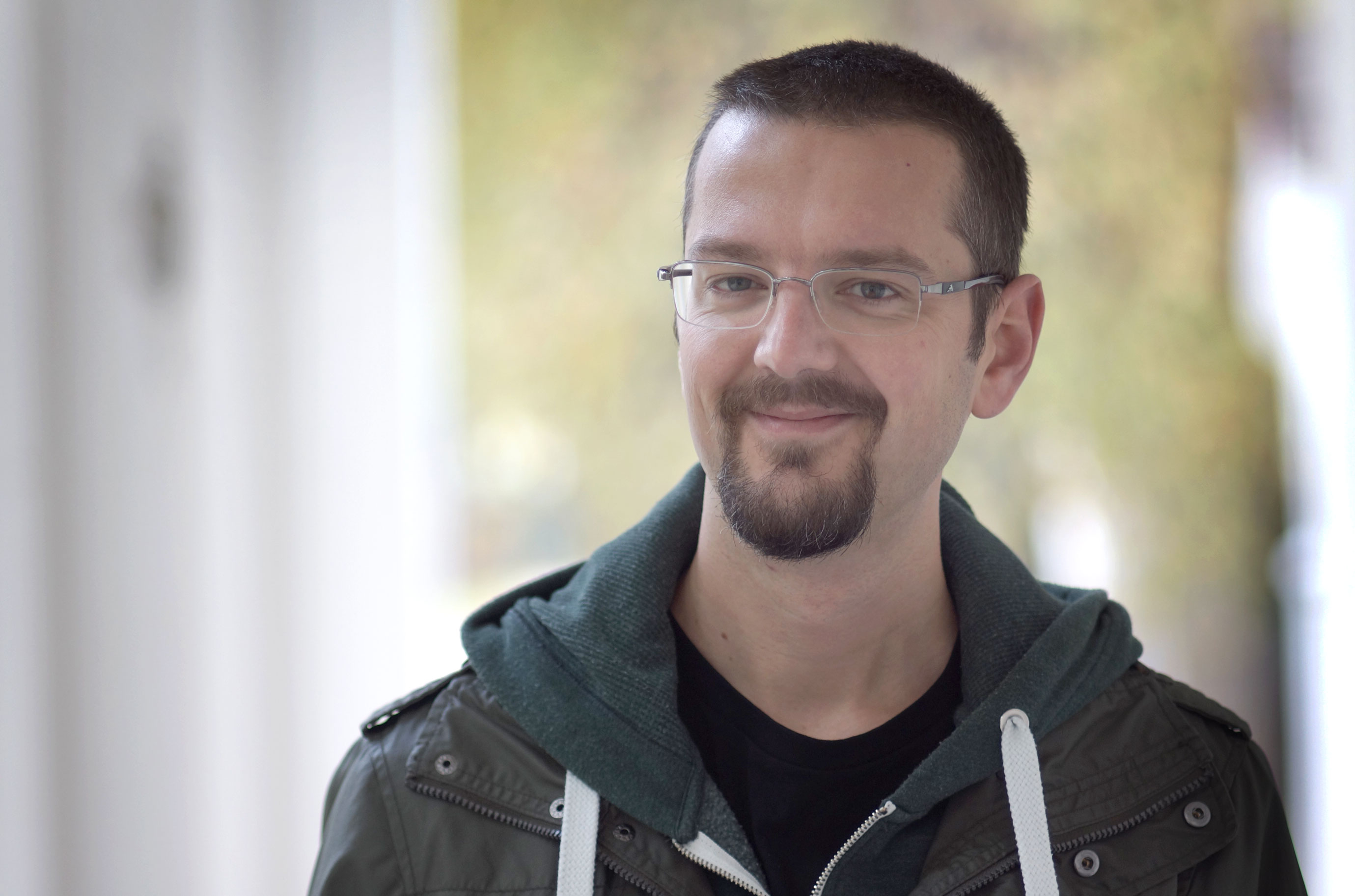 Domen Savič (1981) is the director of the NGO Državljan D (“Citizen D”). In his role as the director of a non-governmental organization he is focusing on developing long-term projects related to digital rights, communication privacy and digital security, media regulation, and active citizen participation in the political sphere. For the last three years, he has been engaged in an anti-hate speech campaign, during which he has exposed the ways public money is funding propaganda and hate speech outlets in Slovenia. His previous experience includes working for the national public broadcaster and private media companies, after which he moved into the field of digital marketing, and finally established a digital rights NGO. He has a journalism degree from the Faculty of Social Studies in Ljubljana, Slovenia.

Since September 2018, we have tried to get the decision-makers to address the issue of public funding of propaganda and hate speech via advertising contracts. The prime minister at the time, Marjan Šarec, gave a public statement in November 2018, carefully addressing the issue and calling for a "rethink of state owned companies’ advertising campaigns". This caused an uproar on the right side of the local political spectrum, with claims that the prime minister was out to censor right-wing media outlets.

Slovenian Sovereign Holding, which represents the state’s interests in managing companies where the state is the majority owner, issued a statement back in 2018 indicating a rethink and reform of the rules of advertising for state-owned companies, making the rules clearer; nothing happened.

At one point the topic reached the local mass media outlets, but after being stonewalled by state-owned companies, the government and Slovenian Sovereign Holding, the interest quickly dissipated.

A curious thing happened when we petitioned the parliament to address the issue for the first time. The text of the petition, along with all of my personal data required by the petition system, was published on the same propaganda outlet. Nobody offered an explanation, although it is worth noting that the parliamentary commission for the petitions was chaired by the member of the same right wing party that holds the controlling hand over the propaganda outlet.

A front was quickly established by the general public as well, on both sides of the issue. There were people who cheered on our investigations and were shocked at the non-responses, and there were others who attacked me, my employers and my family verbally.

The aforementioned propaganda outlet published several articles about me, which were filled with lies and misinformation. Members of the right-wing political party SDS questioned my public standing in Parliament, and I received death threats via e-mail, phone and social media platforms. People followed me in supermarkets and then tweeted threats at me, saying that they know where I live and shop.

I had no legal recourse to these insults and false claims, as the local law offices that specialize in slander explained to me that since the insults are tied to my work, they are "fair game" and cannot be prosecuted under the current libel laws we have in Slovenia. The police explained to me that threats are not explicit enough to warrant an investigation, and that since they are posted by anonymous accounts, they are very hard to trace anyway.

A blueprint for disaster

This seems to be an affair recognized, and at the same time ignored, by the parliamentary opposition, state supervising bodies such as the Court of Audit, the anti-corruption agency and other regulatory bodies. Even the most basic attempts to obtain an official answer relating to the selection of media outlets that receive public money via advertising contracts, backed by marketing metrics, are met with heavy opposition. This takes the shape of opaque document traces and public attacks on anyone who dares to question these relationships, which come from both party representatives and anonymous sources.

At the same time, the silence of independent bodies is deafening, as it shows that even when an individual takes the time and effort to dig deeply into these issues, painstakingly following the money trail in the attempt to decipher the ways public money is funding hate speech propaganda, nobody reacts to discoveries and starts a more formal investigation into the matter.

I would like to point out that we are not just talking about the promotion of "regular" political ideas, as these propaganda outlets also normalize the alt-right movement and promote their ideas, serve as an attack platform for the right-wing party, and also offer a unique way of channelling public money into private pockets via advertising contracts.

I have already mentioned the verbal attacks against myself, my significant others, my NGO Državljan D (“Citizen D”) and my business partners. At the same time there is an organized campaign going on that targets journalists and editors that dare feature me in their news reports, which in turn is having a chilling effect on the matter being reported by other media outlets.

The alt-right rhetoric, such as conspiracy theories about refugees, Soros, the climate crisis and even the Covid-19 pandemic, are not only pervading the public discourse in Slovenia, but also entering the political field and political decision-making processes.

The code of silence, maintained by all the relevant parties involved in the process of funding party propaganda and hate speech with public money, deepens the problem and simultaneously normalizes the behaviour.

The systemic nature of public funds finding their way into party propaganda outlets via advertising contracts require a systemic solution that involves many independent parties. Furthermore, the complex nature of solving the public funding of propaganda is the exact reason why the propaganda flourishes, since other players in the field (political parties, journalists and the general public) do not wish to confront the main actors and are turning a blind eye to the whole ordeal.

One reason for the general silence could be attributed to the fact that companies with a state-held majority stake are the biggest national advertisers, and editors fear that investigating them might result in the cancellation of advertising contracts as a form of punishment. The second reason might be the fact that obtaining documents from the ministries is a very arduous procedure, which prevents journalists reporting on this topic in real time. Citizen D started requesting documents in relation to the Ministry of Defense campaign in September 2018, and to this day we still do not know the whole story. Finally, there is a general lack of understanding regarding the business side of digital marketing that prevents journalists and the general public recognizing the problem and detecting problematic issues in real time.

Ignorance, paired with a violent response whenever somebody dares to start asking questions, and the fact that there are no public funds available for this cause (we funded our entire research ourselves without public money) assures the status quo in which party propaganda can prosper and permeate through public discourse, dragging it down into the muddy swamp of alt-right hate. 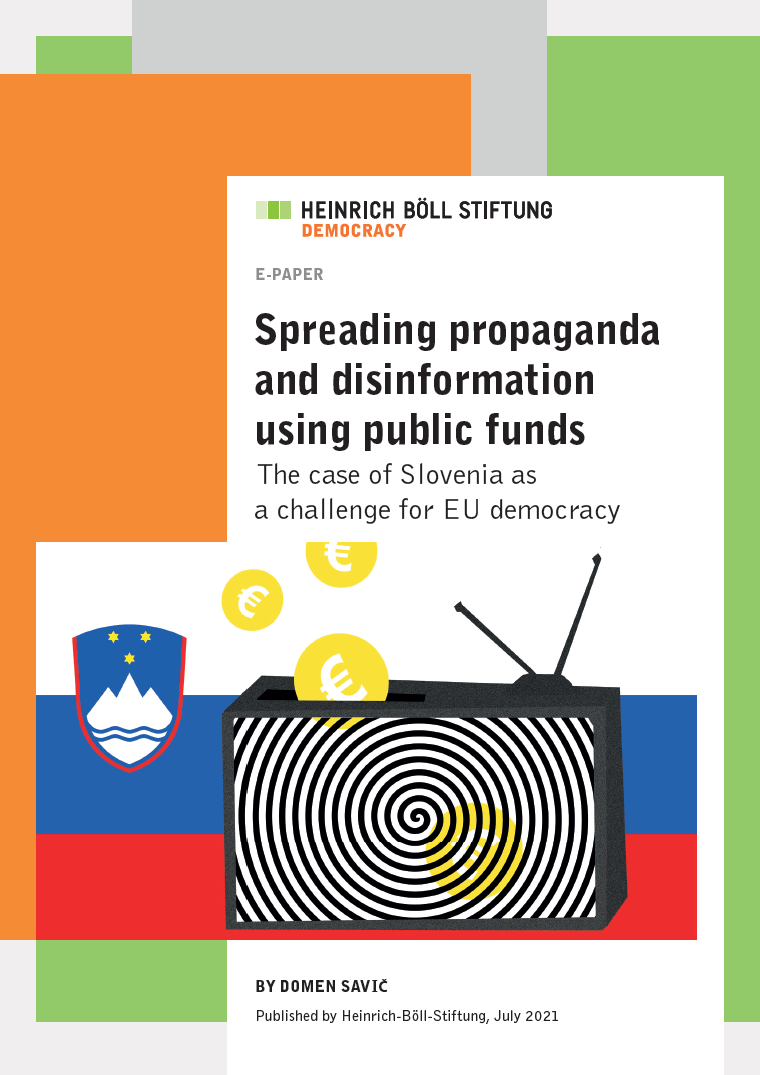 This e-paper examines systemic failures in curbing the funding of hateful content as well as disinformation and misinformation with the public money of Slovenian taxpayers. At the same time, it describes the very effective yet opaque methods of circumventing the co-regulative measures proposed by the EU Digital Services Act, which tries to curb such practices.

Anti-Western propaganda against civil society in North Macedonia: The case of CIVIL

Commentary
In North Macedonia, it has become the norm for pro-Russian politicians to attack activists, human rights defenders and journalists with outrageous online behaviour, bullying and threats to our lives. My case, as the President of the human rights organisation CIVIL, is not an exception, but certainly is one of the most illustrative ones.
By Xhabir Deralla