Xnet, a civil society organization that has worked on democracy in the digital age since 2008, proposes a system of verification based on neutral labelling and less censorship as a strategy against disinformation. The organisation suggests a model law for legislators, both for the offline and online world, and in defence of democracy and fundamental freedoms: https://xnet-x.net/es/fake-you-law/

We show in #FakeYou that public and legislative policies used in the fight against disinformation, which have been pursued both in Spain and in other countries because of (or rather, with the excuse of) the so-called “new” phenomenon of fake news, often actually serve to distract from the real solution. This is for two principal reasons:

But first, a quick look to the situation in Spain, based on our field of experience and experimentation.

Spain is currently a deeply polarized society, mainly due to the propaganda campaigns of political parties and their "clients". In this context, we carried out a study on the investment in communication of the main Spanish political parties during the electoral campaign for the general elections in June 2016 and, specifically, on how much they invested in communication. In Spain, political parties with parliamentary representation are financed mainly with public money, so the question turned out to be how much of our own money do they use to manipulate us.

However, if one examines the data, both obtained from the Court of Audit and those of each political party separately, only expenses referring to very general concepts are listed. Under the item “Communication” of the published expenses, for example, only the total expenditure made can be found, but there is no way of knowing to which services these amounts are linked and there has been no response to our requests for more details.

Both the Court of Audit and the political parties relied on data protection laws in order not to provide more information, something both surreal and legally wrong; data protection is not an excuse to avoid providing information on expenses with public money. If they required an easy way to hide information, it would be enough for them to refer to the transparency law itself since political parties benefit from innumerable exceptions in it in Spain.

Since information on the type of communication services contracted, or investments in automated or artificial message dissemination systems, could not be obtained directly from political parties, we decided to collect it by monitoring their official accounts on Twitter, specifically studying the progression of followers of political parties prior to the electoral campaign period of June 26, 2016. The result of the analysis showed, for example, the existence of a considerable number of "automatic" followers in all accounts, in some cases more than 30 per cent (see #FakeYou, Case 4: Spain as case study).

The situation was repeated in the most recent elections, such as the last ones that took place in the community of Madrid in 2021. As analysed by David Álvarez, thanks to the transparency that the platforms now apply, it is clear that large investments have been made in social media campaigns. What is impossible to know are the other investments in communication and how they have been used.

The artificial increasing of followers is anecdotal in the field of disinformation, but it is still a good example of the absolute lack of control on our democratic institutions. In Spain, it is not difficult to find companies that directly offer the sale of followers. ‘Comprar-Seguidores.info’, for example, advertises itself in this way:

“Welcome to Comprar-Seguidores.info, the leading company in providing services on social networks. Services such as Followers, Likes, Retweets, Fans, Subscribers, Comments, etc. We have a wide variety of services on our website, offering the opportunity to buy any number you want online from 100 to 1 million.”

As an aggravating factor, we found that in Spain a business model for the media has been developed based on asking for money from the communication directors of political parties. In this way, some media ensure income from institutional advertising at all administrative levels including governments. Recent works by Álvarez Peralta and G. Franco, and another by Q. Badia Masoni, show the correlation between income from this concept and a submissive editorial line, including the dissemination of false information.

This drift only accentuates the tendency of the media to replicate the information received by governments and political parties without verification. In addition, the problem increases due to the proliferation of new ad hoc news outlets that, under the guise of communication media, are nothing more than propaganda channels.

Let us not forget that in Spain privately owned mass media systematically violates the quotas and norms of the electoral law without the institutions doing anything in this regard.

The Reuter Institute of the University of Oxford has been stating for years that, among the various countries in the Western cultural sphere that they analyse, Spain is the one with the least reliable media. This is also corroborated by the Columbia Journalist Review, which states that, in certain specific cases, "news readers in Spain do not have a place to read even moderately neutral news coverage".

And how does the public react? The results of an interesting study (PDF) on disinformation in Spain are worrying. Based on a sample of two thousand people, the analysis yielded the following results: six out of ten affirmed that they know how to distinguish between false and true news, but 86 per cent of those surveyed could not distinguish it in the study. Regarding the reasons why the participants maintained that they were able to discern whether a news item is false or not, most of them talked about the content and the credibility of the information, as well as the medium or journalist who publishes or write it. Only 5.8 per cent admitted to contrasting or verifying the information. 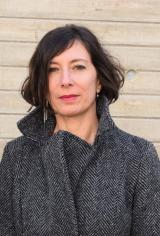 Simona Levi is an author, theatre director and activist. She is a key figure in the establishment of Xnet, the Free Culture Forum and the anticorruption movement 15MpaRato. Since 2018, she has been the academic director of the Postgraduate Course in Technopolitics and Rights in the Digital Era at the Pompeu Fabra University and Barcelona University.

The path for fair legislation

The measures and the narrative that lay the groundwork for liberticidal legislation threatening fundamental rights focus on internet users and embrace a logic of control and censorship by either public or private players. These policies - the ones chosen for legislation across Europe - neglect the actors who actually generate, and benefit from, disinformation the most.

In #FakeYou we clearly demonstrated that all paths to the source of systemic disinformation lead to the same place: political parties and their structures of interest and influence, including other powerful, privileged players, from institutions to media and companies.

This is why we propose a radical shift in the approach taken so far to address the issue of disinformation, by focusing on the profit generated by disinformation. This allows us to be objective and efficient, and to move away from rules mainly designed by the temptation to reduce fundamental rights or to establish an “official truth”.

We propose a proactive approach, one that corrects asymmetries of power and empowers the public, by:

Exposing the way in which information is created will in turn make verification open to everyone.

We need to make proactive checks as to the veracity of information compulsory for the major generators, that is, the largest investors in disinformation, whether they be public or private. It bears repeating: governments, institutions, political parties, mass media, corporations, and influential communication businesses.

Currently, the public is required to verify information without giving them the proper tools to do so.

According to us, there are two obligations necessary for institutions or subjects that pay or receive money to disseminate information, both online and offline: the duty to verify the truthfulness of content; and to allow verification by the recipient, meaning making the verification process traceable.

Truthfulness is not to be taken as a synonym for THE Truth: it requires that the information disseminated be truthful. This allows for the possibility of disseminating erroneous information but requires a duty of care on the part of the person informing.

There are deontological and ethical codes that apply to journalism, which have detailed protocols of action for such verification. It is now a matter of expanding the actors that these apply to, with special emphasis on political parties, institutions, and online and offline businesses working in communication, in order to transform the "ethic" into a compulsory requirement.

It needs to be stressed that such actions must not only affect online intermediaries (content platforms and social networks), but the whole investment chain. Focusing all regulation on online platforms, as currently happens, has very clearly resulted in those platforms safeguarding their commercial interests and reducing their legal risks by applying the curtailment of users’ freedom of expression, which has resulted in moves towards a single acceptable pensée unique and automated censorship.

There is nothing new about this dynamic: since the dawn of time, governments have used intermediary structures to implement surveillance and censorship policies on their behalf. Control over what people say and do is often delegated to “private parties”. They ensure that their users do not “commit” acts that upset the powers-that-be, and in return they receive a wider margin of movement and freedom for their businesses. This is exactly what is happening now.

The full text of the proposed regulation by Xnet can be found here: https://xnet-x.net/ley-fakeyou/