Trade policy as an instrument of climate and environmental protection? What would be the effects of a supply chain law?

Anna Cavazzini, Member of the European Parliament for The Greens/EFA and Cornelia Maarfield, Trade and Climate Project Manager at Climate Action Network (CAN) Europe in a conversation with Jörg Haas, Head of International Politics Division, Heinrich-Böll-Stiftung, Berlin.

A few years ago, the free trade agreement, the Transatlantic Trade and Investment Partnership (TTIP) with the US was on everyone’s lips. Millions of people signed petitions and took to the streets to protest against the agreement. The EU Commission is currently negotiating an agreement again, this time with the Trump Administration. Anna, what is the current status of these negotiations and what demands do the Greens make on an EU-US trade agreement?

Anna Cavazzini: Ursula von der Leyen already announced at the World Economic Forum in February that an agreement would be concluded shortly. To date, however, it has not happened. The current negotiations have been quite trimmed down, concerning only certain areas and are mainly intended to bewitch Trump so that he doesn’t impose any further tariffs. We fear that in the area of genetic technology approval and standards concessions will be made to the US. They are not in the current text of the agreement but are being made in other policy areas and will come in through the backdoor. We demand, in the area of agricultural standards and the approval of genetic technology, that no faster procedures are allowed and no standards are lowered just to prevent the US from imposing additional tariffs on European cars.

Anna Cavazzini is a German member of the European Parliament for the Greens/EFA group. She represents constituencies in Saxony and Saxony-anhalt, neighbouring the Polish and Czech borders. In the Parliament, she is working in the International Trade Committee, and in the Internal Market and Consumer Protection Committee. She is the Vice chair of the Parliament's Brazil delegation, and has a specific interest in Central and Latin America. She co-leads the German Green delegation.

One of the central critical points on TTIP and the Comprehensive Economic and Trade Agreement (CETA) was the lack of transparency in the negotiations. At that time the EU Trade Commissioner, Cecilia Malmström, promised improvement. How do things look today?

Anna Cavazzini: I would say that the Commission is negotiating more transparently thanks to the pressure from civil society and the European Parliament. One also sees differences between the various trade agreements. Where there is more publicity, the Commission will pay attention; in other areas, less is published. The basic problem remains that parliament ultimately can only vote aye or nay. Both we and German civil society demand that the European Parliament has a role in deciding on the mandates. Additional suggestions are that parliament also should be able to add suggestions and that an assessment of the effect of the trade agreement is conducted after a certain time. Additionally, we demand that the Commission report on the progress of negotiations in public committee sessions of the European Parliament.

Cornelia Maarfield: I find the procedure completely inacceptable. Far too much is happening in backroom deals. For example, in summer 2018, Trump and Juncker agreed that the EU will import more liquefied natural gas from the USA. That had led to a 563 per-cent increase in imports of liquified gas within a year and a half. At a time where we are talking phasing out fossil fuels. I find it simply scandalous, that neither the public nor the European Parliament has a say in this.

Despite of many protests, the General Directorate for Trade of the EU Commission is pursuing the Mercosur Trade Agreement with Brazil, Uruguay, Argentina and Paraguay full throttle. What do you think of this agreement?

Cornelia Maarfield: This agreement cannot be allowed to go ahead. The EU-Mercosur Agreement creates new sales markets for environmentally harmful vehicles. It also contains very problematic provisions that would hinder the transition to a climate neutral agriculture here and in Latin America. More meat, sugar and soy products would come to Europe without any safeguards that this will not lead to additional deforestation in Mercosur countries. The parliaments of some EU countries have demanded that their governments should not approve this agreement. We call on the German government to put this agreement on ice.

Anna Cavazzini: In the EU-Mercosur Agreement, it is especially clear that many regulations on environmental issues and provisions prohibiting deforestation are toothless. They only appear in the sustainability chapter. Proponents of the Mercosur Agreement argue that one could use them to hinder and limit what Bolsonaro is doing right now. I think the opposite is the case: the agreement increases the pressure on the Amazon. Deforestation will increase. Anchoring the Paris Agreement and the protection against human rights violations and environmental crimes in the text is important, just as are enforceable environmental and social standards. None of these are implemented in the Mercosur Agreement.

Since the topic of environmental protection is quite important to the shared future of us all, how heavily does trade policy influence the possibility to take climate action?

Cornelia Maarfield: There are a number of provisions in trade and investment agreements which restrict or contradict climate policies. One example there are many agreements that give corporations the right to sue a state for compensation if political rules change and that negatively affects the company’s profit. But in the course of the climate crisis we will have to massively change the political rules. For that reason, these rights of investors to bring legal action must be dismantled now to avoid that climate policies can be legally challenged and made prohibitively expensive. Other examples are rules in the trade agreement which assess climate policy measures from the perspective whether they constitute a hindrance to trade. In light of the climate emergency, we have to reverse this logic: We must assess trade policy measures to ensure they do not constitute a hindrance to climate action. 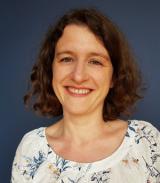 Cornelia Maarfield works on the interlinkages and contradictions of EU trade, investment and climate policies at Climate Action Network (CAN) Europe, Europe's leading NGO coalition fighting dangerous climate change. She has been campaigning for a fair and sustainable trade system for over 15 years, for example as the Campaign Manager of the Stop TTIP and CETA Citizens' Initiative that collected over 3 million signatures.

Anna Cavazzini: The treaty is still based on the antiquated arbitration system and makes the exit from nuclear and fossil fuels impossible in many areas. The EU Commission is attempting to reform it. The argument is that it contains a so-called Sunset Clause, according to which the investments are still protected for 20 years, even if the treaty were to be revoked right now. We follow this with constructive criticism. We are glad that the Commission is making a suggestion for reform but don’t put much stock in its chances, since all reforms require unanimity. For that reason, the EU Commission should negotiate but also assign an end date to the whole thing as well a date at which the exit from the agreement will occur. It is important that different legal opinions exist on whether the Energy Charter is also applicable to disputes within the EU. One could very easily put an end to these cases if all EU states negotiate a termination agreement. That would clean up more than 60 per cent of the cases.

Cornelia Maarfield: From our point of view, the reform process will definitely not render this treaty harmless. The required changes are not even on the negotiation table. The reform process will neither discuss to end the protection of fossil fuels, nor to remove the dispute settlement mechanism that allows corporations to sue states. The elimination of the Sunset Clause won’t be discussed either. Since the reform is a failure from the start, the EU and the Member States should make plans now to exit the treaty and concluding an additional agreement to exclude future investor claims amongst each other.

China and many African States are preparing to sign on to this treaty. That would be a disaster. China is investing heavily in new coal power plants in Turkey and the Balkans. These investments as well as oil extraction sides and pipelines in Africa would be protected under this treaty. This would make the phase-out of fossil fuels considerably more difficult.

Anna Cavazzini: The reform of the protection standards is still insufficient. It is better than nothing, of course, but these nice sounding but vacuous clauses such as ‘fair and equitable treatment’, on which very many claims are based, remain untouched. My ideal would still be to see courts of arbitration not anchored in any agreement worldwide. But that is unrealistic. So, the best way forward is to reduce the protective standards.

The question of the multilateral investment court is a bit more difficult. We Greens don’t approve of it, as long as certain minimum standards are not assured and civil society has no access to legal actions. At the same time, it replaces several thousand bilateral agreements. Civil society needs a more precise discussion of how to deal with this dilemma.

Another hot topic in trade is supply chains. Anna, can you explain how that works and what the current status is?

Anna Cavazzini: A supply chain law has long been a demand from German civil society and the Greens. It’s a very important matter to me too. The idea is to use the power of the internal market of the EU and require all companies that operate here to exercise care and diligence all along their supply chain. They would thus be responsible for assuring that no human rights violations or environmental crimes are committed. They have to accept liability for this and they can be subject to legal action. After great pressure was brought to bear from the European Parliament, especially by us Greens, Justice Commissioner Reynders announced such a Supply Chain Law for 2021 four weeks ago at an event we held. He also hammered down a couple of very good parameters: environmental crimes are part of the law in which sanctions are provided for and it affects all sectors. Many initiatives will be introduced in the next six months in the European Parliament, which will define what such a law should look like in detail from our perspective. The German government should also use its Council presidency in order to prepare the law.

Cornelia Maarfield: Due diligence legislation is also a topic for the climate movement. Without social justice, there is no climate justice. Moreover, this legislation could ensure that no products that contributed to illegal deforestation can enter the European market. A lot of the damage we Europeans do to the climate and people in other countries is through our imports. That’s why it is so important to ensure clean, green and fair supply chains.

Thank you both for your time and input.

Conversation
Looking ahead to the future of the EU asylum system, what is the impact of Covid-19 on solidarity within the European Union? A debate on the dysfunctionality and possible solutions.
By Anna Schwarz