EU/DIRECT PAYMENTS - Tied to the Land

Three-quarters of the Common Agricultural Policy budget goes into direct payments for farmers – almost regardless of what they do. Most of the money benefits just a few large producers and fails to deliver on the social and environmental challenges rural areas face.

Direct payments are the main instrument of support to farmers under the EU’s Common Agricultural Policy (CAP). First introduced in the 1992 CAP reform, they are justified as a way to support farm income. In the budget period 2014–2020, direct payments account for 72 percent of the overall CAP budget.

Direct payments may be coupled to production, or decoupled from it. Coupled direct payments are granted to farmers based on the amount produced, e.g., per tonne of wheat produced or per litre of milk, or linked to production inputs, e.g., hectares of arable crops or number of livestock. A decoupled payment is linked to the area farmed, but there is no requirement for a farmer to produce. Around 90 percent of direct payments are decoupled. This allows farmers to make production decisions on the basis of market returns alone, knowing that their choice does not influence the size of the payment they receive. 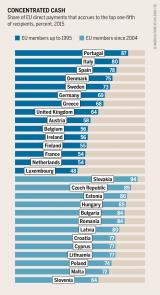 Farmers who receive direct payments must observe some basic rules (called cross-compliance). These mostly refer to legislative standards related to protection of the environment, food safety, animal and plant health, and animal welfare. The rules also include requirements to conserve the soil and habitats, maintain soil organic matter and structure, and manage water. Farmers who do not respect these requirements could see their payments reduced.

The 2013 CAP reform restructured the direct payments. Thirty percent were allocated as a “greening payment”, for which farmers must fulfil a set of obligations designed to improve the environment and encourage climate action. Environmental groups say this payment has not delivered on these objectives, while farm unions complain that the rules often fail to appropriately address the farmers’ situations. The European Commission proposes to scrap the greening payment after 2020. Instead, EU member states will have more flexibility to design eco-schemes; if implemented in an ambitious way these might bring more environmental benefits.

Most newer EU members have lower average payments per hectare than the older members. In the 2013 CAP reform negotiations, the former demanded national allocations based on a uniform payment per hectare. The final compromise introduced a more uniform distribution: no member state would have a per-hectare payment of less than 90 percent of the EU average. In negotiations for CAP after 2020, the same countries are again pushing for uniform payments per hectare in all member states.

Because direct payments are linked to area, their impact on farm revenue and income depends on the farming system. Where land is not important (as in pig and poultry production) or where the value of output per hectare is very high (wine, horticulture), direct payments play a limited role. They are more important for arable farming and livestock grazing, where direct payments may exceed the income earned from farming activities.

As farm sizes differ greatly across the EU, the distribution of payments is very skewed. Across the EU as a whole, 80 percent of such payments go to just 20 percent of farms. Over 30 percent of the total goes to just 131,000 of the EU’s 6.7 million farm holdings which receive subsidies. The Commission has frequently proposed capping payments above a certain threshold, but such proposals have always been watered down.

Direct payments do not always benefit the farmer recipient. Around half of the farmland in the EU is rented, and landlords often capture much of the payment by charging higher rents. The original grounds for direct payments – as compensation to farmers for price drops that took place up to 25 years ago – are no longer convincing. Direct payments are now justified in three ways: to support low farm incomes (even if they mostly go to better-off farmers), to stabilize farmers’ income in a risky environment (although payments are made regardless of whether incomes are high or low), and sometimes to compensate for the higher standards that EU farmers must meet compared to their competitors (even though the payments are not calibrated according to any additional costs).

In June 2018, the Commission presented proposals for the CAP after 2020. They would maintain direct payments as the main element of support to farming. This is a missed opportunity as these payments are inefficient, ineffective, and inequitable. They are inefficient because they are paid to all farmers on the basis of hectares farmed, rather than linked to specific outcomes and objectives. They are ineffective because they do not tackle the root problem of low incomes on some farms, which is low productivity. They are inequitable because such a large share goes to farms where incomes are well above the average both for farming and for the economy as a whole. 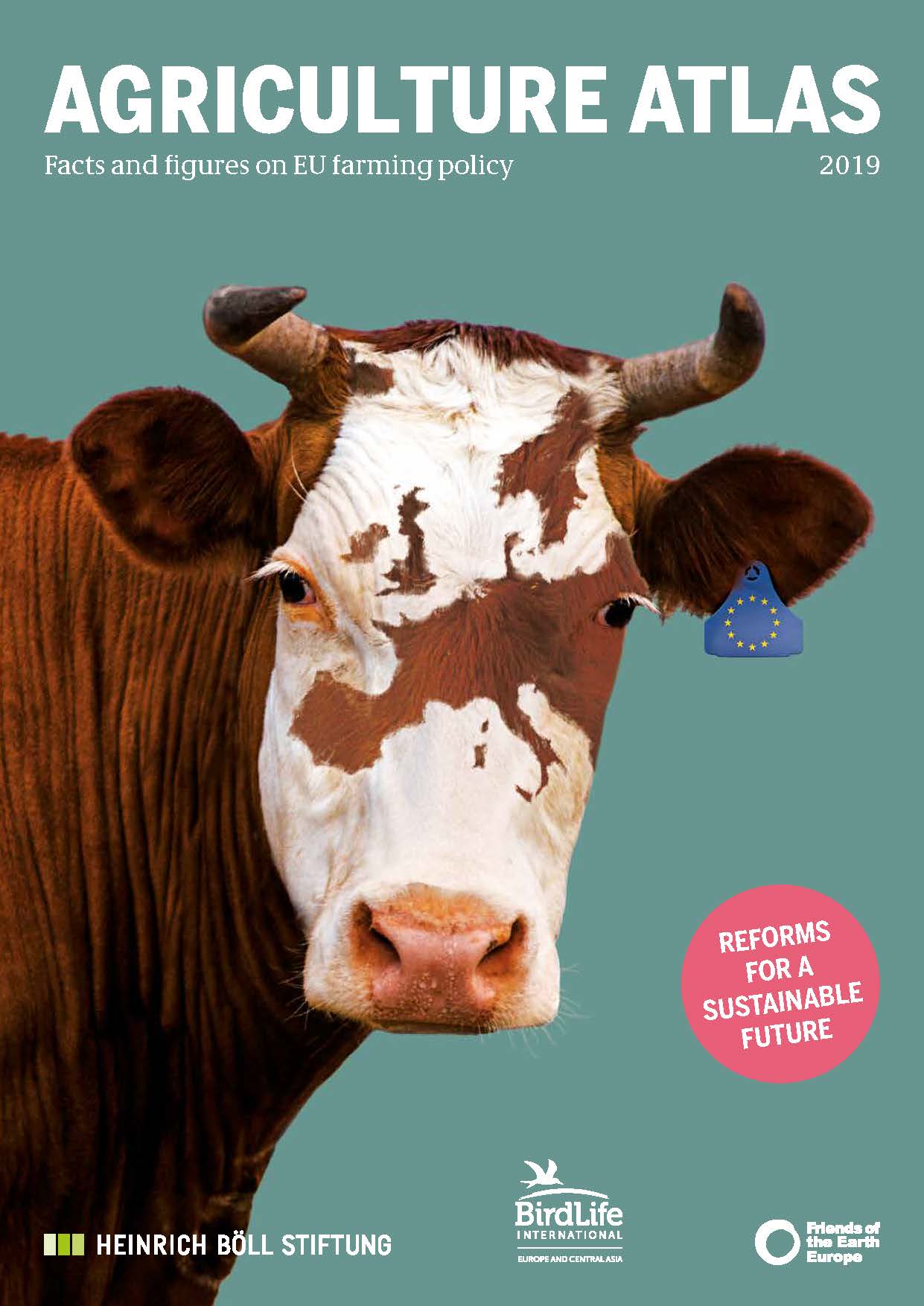 Article
Agroecology is a successful concept which promotes farming methods that are attuned to local ecosystems. It is already used for growing rice worldwide.
By Jan Urhahn and Christine Pohl