Walking is vital for liveable cities and a basic right for any city dweller. However, it has long been under-represented in practice and research, something London is planning to overcome. England’s capital intends to build on its prior success in improving walkability, through the elements of shaping individual behaviour, space inequalities and governance.

Teaser Image Caption
London does many things right in terms of pedestrian friendliness. Yet one third of its residents’ journeys as a driver or passenger could be walked in less than 25 minutes.

London is one of the world’s most walkable major cities according to the Institute for Transportation and Development Policy (ITDP), in a ranking of around 1000 cities. Although European cities such as Munich, Paris and Bristol out-perform London, these are significantly smaller in both size and population. Antwerp, Naples and Liverpool, on the other hand, comparatively underperform. Measures like citizens’ proximity to car-free spaces, distance to public services and the overall brevity of journeys were determining factors in this evaluation.

Everyone walks in their daily lives. Walking is free, healthy, and sustainable, increases the chances for social interactions and helps build stronger communities. Improving walkability while concurrently lowering car use reduces noise and pollution and increases the potential for outdoor activities and green spaces. The consequent increase in footfall density also improves street safety and supports the local economy.

Still, every day Londoners make around 1.5 million short trips by car, taxi or bus that could instead be walked. In London, walking represents 24 per cent of overall trips per day and only 60 per cent of Londoners achieve the recommended 150 minutes of activity a week. With pollution levels consistently above the guideline limits and a population expected to grow 2.1 million by 2041, increasing walkability is key to the city’s strategy to help tackle health and pollution issues. A strategy that should integrate active modes (walking and cycling) as a priority, expanding their space while reducing car dedicated areas such as road lanes and parking spaces.

With the aim of making London the most walkable city in the world and reducing car use 20 per cent by 2041, the Mayor of London has launched six plans in the last four years that directly influence walkability. This demonstrates the political will for change, while finally adding a fixed and articulated place for pedestrians within London’s transport strategy. The goal is to prioritise the pedestrian experience while transforming walking into the most obvious, enjoyable and attractive means of travel for short trips.

Not all measures focus on pedestrians or the urban streetscape. Reducing car use can create incentives to walk and become healthier. Measures such as the Congestion Charge and the Ultra-Low Emission Zone, already in use, have lowered the number of car trips and accidents, as well as reducing pollution levels. However, these schemes mostly concentrate on central areas of London, although they are currently in the process of expansion.

Read our European Mobility Atlas 2021: Facts and Figures About Transport and Mobility in Europe, to learn more about best practices and policy recommendations to achieve a sustainable, inclusive and just mobility in the European Union, with a focus on railways, cycling, digitalisation, tackling the climate crisis and the impacts of COVID-19.

Governance plays its part. Most roads are managed by the boroughs (sub-city level), which are instrumental in implementing the Mayoral strategy through Transport for London (TfL). TfL is the institution managing public transport and main roads across London. Along with TfL and the boroughs, the role of local communities and transport-related charities have been pivotal to promoting change (Living Streets and Sustran, for example).

Nevertheless, there are still challenges regarding equal access to walkable streets. Central London, mostly built before the advent of cars, is compact, connected and mixed use - characteristics that hold attractiveness for walkers. Proximity to facilities, amenities and places of work, along with directness and continuity of routes to destinations, encourage walking. Furthermore, well-maintained, spacious and uncluttered pavements create positive experiences for those who do so. Examples of measures accommodating pedestrian movement include the elevated pedway network in the City of London (1950s), the redesign of Oxford Circus crossing (2009) to prioritise pedestrian movement, and the shared space scheme in Exhibition Road (South Kensington, 2012).

In the outer boroughs (zone 2 and beyond), which are mostly residential and with some local commerce, walkability is much harder. In some boroughs only 26-28 per cent of streets are wider than three metres, a design that is clearly car-centred. Safer crossings, better and wider pavements, and higher levels of mixed use planning are still required to make pedestrian journeys more attractive. Many housing developments lack street connectivity and train lines often interrupt the footway continuity or direct accessibility to shops and bus stops.

With the Covid-19 pandemic, some of these challenges have been intensified. Overall, in London only 36 percent of the pavements are wider than three metres, a required measure for social distancing. This has led many boroughs to extend some pavements temporarily into roads, and TfL to expand the number of dedicated lanes for both cyclists and pedestrians.

Along with street design, information and its legibility both play a fundamental role in walkability. Legible London street signs and maps, integrated with transport nodes, help both residents and visitors walk quickly and safely to their destination. Smartphone apps and Mobility as a Service (MaaS) technology help with everyday urban mobility, and Walk London routes have been promoted by TfL across Central and Greater London to improve leisure walking.

In summary, London has heavily invested in policies, better infrastructure and information design for pedestrians over the last decade. However, the work is not finished. This strategy must expand to encompass suburban areas in Greater London, along with other car-dominant areas of the UK. Governance, planning and communities will all play a critical role in this change. 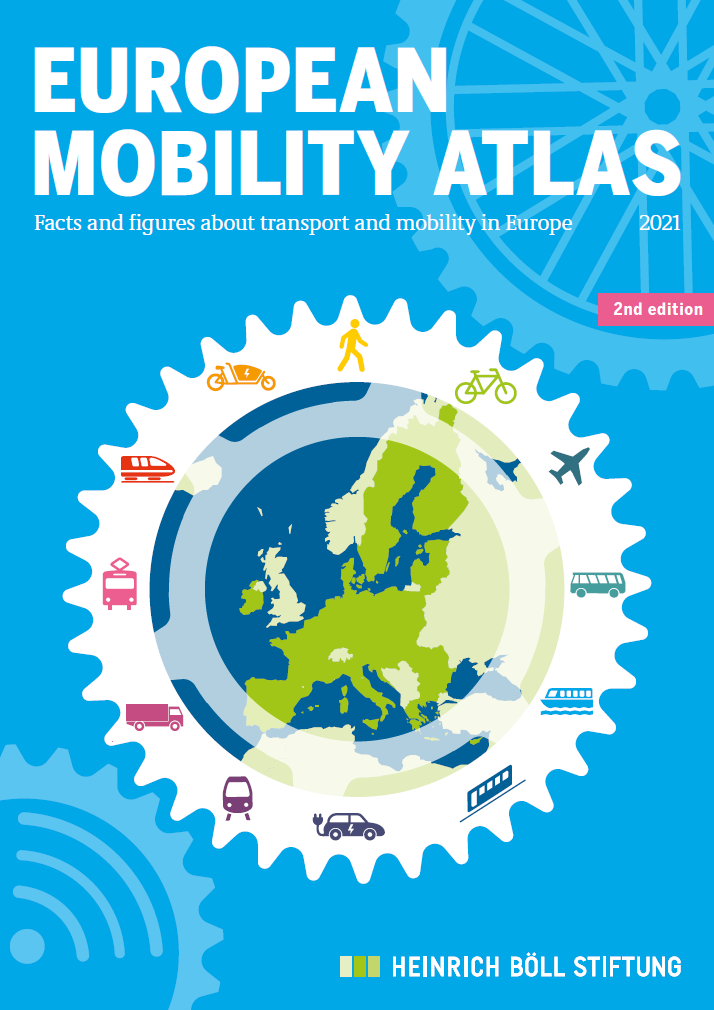 European Mobility Atlas 2021
Cyclists and pedestrians run a high risk of being killed in road traffic. At national and EU levels, a variety of initiatives aims to protect them better. However, more is needed to ensure effective pedestrian and cyclist safety.
By Ellen Townsend and Dudley Curtis