Analysis
Turkish President Erdogan, usually a friend of many and often harsh words, needed almost a week before he took a stand on the Taliban takeover in Kabul.
By Kristian Brakel

E-paper
Turkey and multilateral institutions alike, including the European Union, were already struggling with political and economic crises in the years before the pandemic multiplied the sense of catastrophe. As they seek to pull themselves out of the depths of Covid-19, it is time to set aside the divisions that have long stalled progress for all of them, and seek recovery in cooperation and mutual benefit.
By Evren M. Dinçer

Still Our Right: 10 Years of the Syrian Revolution

Dossier
10 years since the start of the Syrian revolution and the demands of the revolutionists are yet to be met. In light of this anniversary, the Heinrich-Böll-Stiftung Middle East Office in Beirut has published a virtual platform, Still Our Right, highlighting the projects supported by the Foundation throughout the years, and to shed light on the goals they hold and the rights they demand.

Dossier
To mark the occasion, we will be publishing a series of literary essays by authors from the region over the next few weeks. The contributions reflect what the protagonists hoped for and how they look today at what they have achieved, a kind of "look back to the future". They make clear how important the personal confrontations are in order to develop political alternatives.

Giving up has no future: Ten years and three stories of the 2011 Arab Spring uprisings

Feature
It’s a decade since democratic protests began in the Middle East and North Africa and still for many activists the fight against authoritarian regimes and in pursuit of dignity and political reform is far from over. In fact, it’s quite the opposite. Three stories from Egypt, Syria and Tunisia illustrate how the revolutions in these countries are still a work in progress – in spite of violent repercussions and the all-round terrible toll they have taken.
By Mohamed Amjahid and Diala Brisly

The Crisis of the Zionist Left

Editorial
What happened to the Israeli Peace Camp? Is the two-state solution dead? Where is the Israeli left? This special project introduces an ambitious attempt to answer these big questions by shedding light on some of the key dynamics and developments within Israeli society and especially within the Israeli left 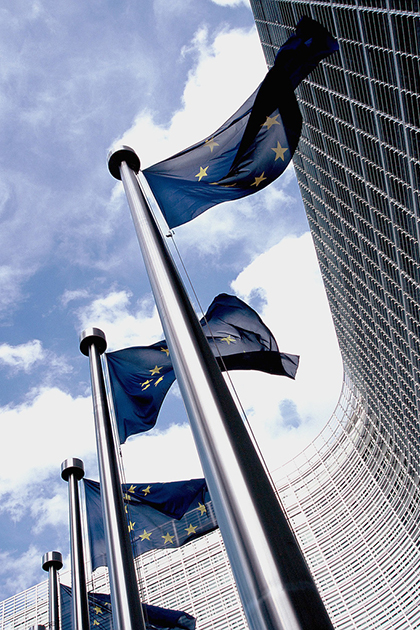 Stabilization via change? The European Union’s support for human rights advocacy in Lebanon

Civil society is identified as a key partner for the European Union (EU) and receiver of financial support in the European Neighbourhood Policy, as civil society is closest to the citizen’s needs, for example in terms of human rights. However, the existing body of research questions whether such aspirations for human rights are compatible with the EU’s main priority in neighbourhood, stabilization. 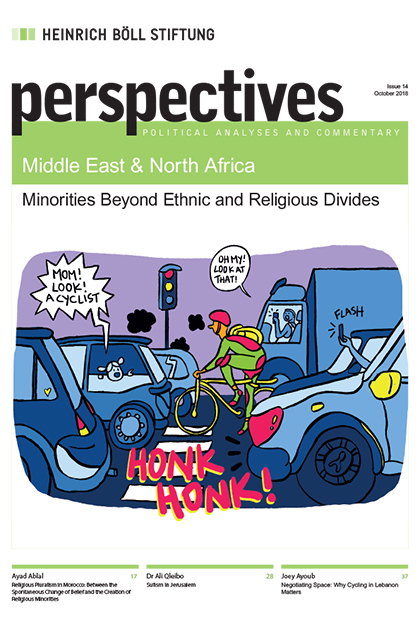 Put ‘Minorities in the Middle East’ into any search engine and a huge volume of articles are displayed insinuating that ethnic, tribal, family and sectarian affiliations are the only relevant factors needed to aid an understanding of the politics and societies of the Maghreb and Mashreq. Be it the often praised ‘mosaic’ of multi-ethnic and multi-religious societies, or the explanation and anticipation of actual and potential conflicts in the Middle East, that are shaped by ethnic, tribal or confessional affiliations, the reading has a flavour of exoticism and orientalism. So for this issue of Perspectives, we decided to ask authors in a broader sense about minority-majority relationships that can, but do not necessarily have to, tackle ethnic or confessional subjects.