Article
George Floyd just had time to tell his executioners “I can’t breathe”. His words were heard in Belgium, where they succeeded in toppling King Leopold II, whose face was daubed with red paint when he was not simply torn down. Black lives matter! An autopsy of the controversial movement, which is no longer in its test phase.
By Wendy Bashi 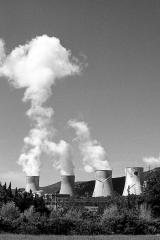 In 2003, the Belgian government decided on a phase-out of its nuclear power fleet by 2025. The policy brief investigates the current Belgian electricity landscape in preparation of this phase-out. In how far is Belgium prepared and ready to fill the gap with renewable energy sources?

From Ypres to Brussels? Europe, Peace, and the Commemoration of WWI

Remembrance cultures are more complex and diverse than a mere look at state-carried, nationalist commemorative practices might show. This complexity is present in and around Ypres.
By Maarten Van Alstein