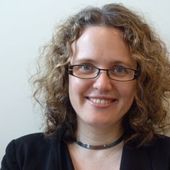 Sabine Muscat runs the program on Technology and Digital Policy at the Heinrich-Böll-Stiftung Washington, DC. The focus of the program is on promoting transatlantic and global dialogue on innovation and digital policy, guided by the goal to ensure equality, human rights and sustainability in the digital age. A journalist by training, Sabine was a freelance editor and consultant for the Mercator Institute for China Studies. She reported from the United States, Germany and China for major US and German media outlets (Wall Street Journal, N24 (Welt), Frankfurter Allgemeine Zeitung). She was the Financial Times Deutschland’s last Washington correspondent from 2007 to 2012. During her time as Financial Times Deutschland’s Asia desk editor, she reported from China and other parts of Asia. Sabine holds an MA Chinese Studies from the School of Oriental and African Studies in London, UK.

6 May 2022
Glimmerland: human rights in the mica supply chain
1 March 2022
Laptop generals and bot armies: The digital front of Russia’s Ukraine war
25 August 2021
Shaping the future of multilateralism: An overview on inclusive pathways to a just and crisis-resilient global order
12 March 2021
A Democratic Counteroffer to China’s Digital Power
20 January 2021
Old pals, a new tone: Biden and the tech industry
2 April 2020
Will Big Tech emerge as the big winner in the coronacrisis? Not so fast.
26 July 2019
Smart cars, transparent citizens?
26 June 2019
A Guide to the US Democratic Primaries
24 May 2019
How GDPR Is Driving the US Privacy Legislation Debate