The EU could act as a leading political force to address the phenomenon of climate change and migration. The Heinrich‐Böll-Stiftung’s study “TIME TO ACT – How the EU can lead on climate change and migration” presents a series of policy recommendations on how the EU could respond to this complex phenomenon. How can research findings best be translated into effective policies? What role can the European Parliament and the Commission play to advance a new EU migration agenda, including a more coherent policy on climate-linked migration?

Knowledge base is sufficient to start taking action

In the last years, a lot of research has been conducted on the complex relationship between climate change and migration. In 2006, the European Commission decided to fund some of the first research projects on global environmental change and human mobility in order to collect data and to gain a better understanding of the phenomenon. Results show that climate change is one of the many factors that influence migration but that it is difficult to estimate how many people relocate due to climate change. While there is disagreement about exact numbers and about how to identify climate as a causal factor in migration, there is already ample evidence that climate-linked migration is happening and that it will increase in the future.

Environmental changes have always been a cause for migration, especially for people that are nomadic and move according to harvest seasons etc. But climate change has become a new cause for migration and displacement. There are many environmental processes that have been identified as results of climate change and that influence migration: rising sea levels, desertification, flooding, hurricanes etc. Most of the people who move in the context of climate change tend to go to other areas within the original country or to neighbouring countries rather than crossing continents. A massive influx of climate migrants to Europe is therefore not expected.

Academic research results regarding the interlinkages between climate change and migration provide a sufficient knowledge base for policymakers to translate research findings into public policies. While maintaining their full independence, researchers should increasingly focus on the policy relevance of their research and make results accessible to decision-makers. There are already several initiatives that provide policy options, visualisation tools and trainings for policy makers such as the IOM’s project “Migration, Environment and Climate Change: Evidence for Policy” (MECLEP), the online knowledge platform Environmental Migration Portal and the upcoming Environmental Migration Atlas. With this knowledge base and as a follow-up of the Commission’s Staff Working Document from April 2013, the EU should now take the lead on climate change and migration.

After having gained a better understanding about climate-induced migration, the EU must work on a coherent approach that includes both the internal and external dimension of migration in the context of climate change. Some might argue that it is not really an issue that concerns the EU, as environment-related migration and displacement mostly occurs outside the EU´s borders. But this cannot be an excuse for not addressing the issue, as the EU not only plays a major role in the protection of human rights worldwide and in the international climate negotiations but is also involved in many practical issues like: the work on migration and risk management, the understanding of livelihoods, the pattern of human mobility, and the modelling of future scenarios. The EU is therefore certainly in a position to take the leadership on this issue and shape global adaptation and development policy in a way that sees some forms of migration as a means of reducing vulnerability to climate change.

Furthermore, while it is unlikely that large numbers of people will move into Europe because of climate change, this does not mean that there will be no inward movement to the EU at all. The internal dimension of climate-linked migration is therefore also important and requires more attention from the European side. While European states are legally obliged to respect human rights, the situation in the Mediterranean Sea keeps showing the shortcomings of the European immigration and asylum framework.

There is no agreement on the legal status of people who move for reasons related to climate change within the international and EU refugee and migration system. In the case of climate-linked natural disasters people tend to move for a short time and want to return to their home as soon as possible. In certain cases, it is not possible to determine the exact reason for displacement. The environment does not have to be the predominant reason for migration, but it is important to emphasise that environmental change is what keeps people from returning. Gender considerations should also be taken into account when designing adequate policy responses.

While many countries only just begun to acknowledge the phenomenon of environmentally-induced migration, the governments of Switzerland and Norway established a state-led consultative process known as the Nansen Initiative. It was created to address the challenges of cross-border displacement in the context of disasters and the effects of climate change and aims to diminish the legal and institutional gaps regarding the protection and assistance of people who are displaced in the context of climate change.

Based on the right to life, the EU should provide support to people who are displaced due to sudden onset climate disasters. Humanitarian help is not always sufficient and people can get trapped in refugee camps for months, even years. As certain conditions need to exist before people can return home and reconstruction is a lengthy process, temporary protection should be linked to durable solutions. In particular, the EU should set up rules of how and when to provide refuge and protection during such sudden onset disasters and make use of the Temporary Protection Directive. Furthermore, the EU should create legal channels for labour migration that provide people with the opportunity to protect themselves and their families against worsening environmental conditions.

As the disagreement on the European relocation scheme in the end of May has shown, European Member States are reluctant to reframe existing policies on asylum and migration. The European Parliament and the Commission should therefore assume a key role to push this topic forward.

Not only since the upsurge of migration movements in the context of the Syrian civil war, the ISIS terror and other crises in the vicinity of the EU’s southern borders, the question of migration regulation is a sensitive subject in European capitals.

From a security perspective, migration is often regarded as a threat. This approach produces stereotypes of a mass influx of mostly unskilled people with negative impacts on the social peace in the host country. Such perceptions are not supported by evidence about climate-linked migration. The perspectives that are currently shaping the public discourse on migration in the EU should therefore be reconsidered.

Despite rather negative perceptions of migration across the EU, the European Commission claims to see immigration as an asset that should be promoted. Regardless, the Commission has been very cautious about putting too much pressure on Member States. Due to the increasing influence of right-wing and xenophobic parties all over Europe, some Members States want to enforce a very selective migration policy based on restrictive measures.  Framing migration as a security threat is very unhelpful in building tolerant societies and migrants are suffering from distorted images and prejudices.

When it comes to movement in the context of climate change, many would assume that people migrate because they are unable to adapt to the impacts of climate change in an adequate way. But migration should not be seen as a failure; rather, it should be framed as a positive adaptation strategy. In some situations, migration can be the most effective way to adapt to the worst effects of climate change and provide communities with the opportunity to have a better and more secure livelihood.
The responsibility of the opinion leaders in the EU and its Member States is to dismantle negative stereotypes about environment-related migration and displacement and to demonstrate and explain to the population that migration is not a problem; rather, it is a normal and necessary part of human history.

The increasing number of displaced people due to natural disasters as well as migration movements in the context of slow-onset events such as sea-level rise, drought and desertification remind us of the importance of translating research findings into policies to address climate-linked migration. The fight against global warming is crucial in order to limit the numbers of people who are forced to move in the context of climate change. The EU must spur its leadership in the international climate negotiations in the run-up to the COP21 in Paris next December and increase its domestic ambition to reduce CO2 emissions. At the same time, the EU needs to pay considerable attention to adaptation and resilience and spell out a coherent approach to address climate change and migration.

As one of the major contributors to global warming, the EU has to assume its responsibility to support and protect people who move in the context of climate change. The EU should provide temporary protection and facilitate access to legal migration channels. The EU should also further integrate climate-linked migration into its development cooperation and migration policies and extend its support to countries that are especially vulnerable to climate impacts through the funding of adaptation projects.

As the political will in EU capitals to support such a more progressive agenda on climate change and migration is unlikely to be created any time soon, the European Parliament should keep the topic on the political agenda by organising hearings, commissioning studies and by providing a platform for vulnerable groups from affected regions. In particular, the Parliament should consider an own-initiative report to put pressure on the European Commission to assume a leadership role and to develop coherent policies on climate change and migration.

This article is based on a lunch debate and workshop that was held in Brussels on 9 July 2014. 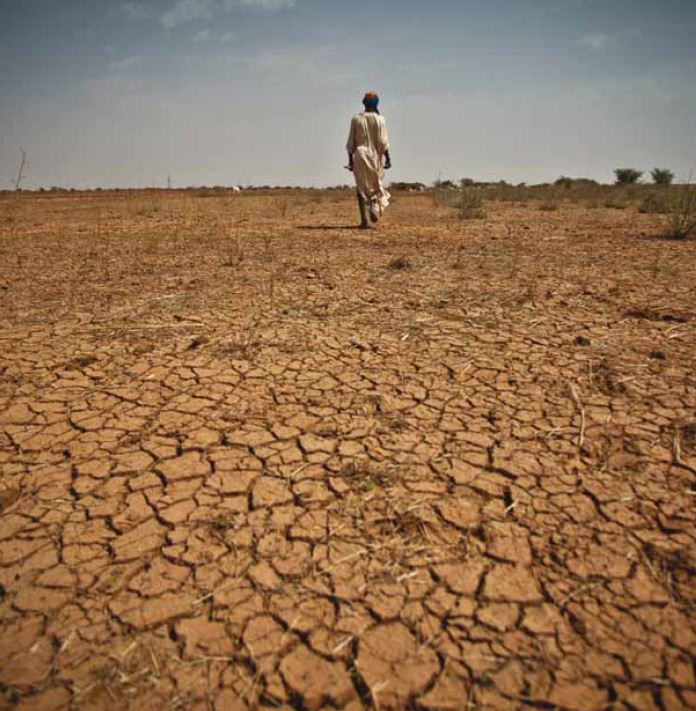