Achieving a climate-friendly Europe by 2050 is the EU's long-term goal.  In the short run, it means stopping using fossil gas almost entirely much sooner. To limit global warming to 1.5ºC above pre-industrial levels and stay in the Paris Agreement, the demand must end  by 2035. Yet, amid Russia's invasion of Ukraine where gas is one resource caught in the war, is Europe phasing it down? We have seen how climate security and energy security have become two sides of the same coin. Although the EU's answer is renewables, ahead of a cold winter the European Commission has opened the door to a new wave of gas projects. This Böll·Europe Podcast thus focuses on the future role of gas in a climate-friendly Europe. Gail Rego speaks with:

Did you know...? To stay within the Paris Agreement target of 1.5ºC, the use of fossil gas must end by 2035. But how far are we from the climate target? According to the Intergovernmental Panel on Climate Change, the IPCC, we currently live in a  1.1°C warmer world. A level that is already affecting Europe. We have all seen heatwaves and droughts becoming more frequent and worse. To get net zero, the European Union has approved several regulations. For instance, the Fit for 55 package, which is a set of proposals to update the EU legislation in areas such as transportation or energy efficiency. In the context of Russia's war against Ukraine, there were  measures put in place to avoid gas shortages this winter, such as REPowerEU or the Gas Storage Regulation, which allow EU Member States to look for alternatives in gas supplies.

This episode is part of the series: 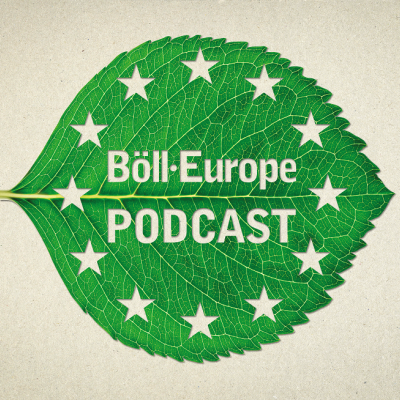 Böll·Europe is the podcast of the Heinrich-Böll-Stiftung European Union office in Brussels, presented by Gail Rego.