The EU, Ukrainian Cossacks and the Rule of Law

The Ukraine is weakened, corruption is flourishing, weapons are massively circulating since the Donbas conflict and migrants are pushing to pass the borders. But the civil society is strong, an opportunity for EU to support civil action.

The fate of Ukraine will be sealed in the coming years. A rising gap between the increasing empowerment of society eager to build the state based on the rule of law and a hardening resistance of the political and business elites to the fight against corruption seems to be unsustainable in the medium term. The EU and the International Monetary Fund (IMF) try to influence the Ukrainian elites through conditionality of its economic assistance. However, such an approach seems insufficient. The EU, in order to avoid new massive protests and destabilisation of one of its most important European neighbours should also increase decisively its support of the Ukrainian society. Despite certain shortcomings it constitutes the strongest asset of the country.

More than four years after the Revolution of Dignity, it is clear that hopes of a rapid modernisation of the Ukrainian state did not materialise. On the one hand, the Russian aggression and the economic collapse forced Kyiv to seek external economic and political support in the West. This was conditioned and by default contributed to the unprecedented reforms. Unfortunately, the reforms have substantially slowed down recently. A rampant corruption still constitutes the Achilles heel of Ukraine. The system of the institutions in charge of combating corruption was created after 2014 but remains incomplete. The National Anti-Corruption Bureau (NABU) and the Special Anti-Corruption Prosecutor’s Office conduct investigations and press charges against senior politicians and officials, but a fully independent Anti-Corruption Court has not been created. Meanwhile, only the establishment of such a court would allow the corruption to be really tackled at the top levels. Unfortunately, the presidential Anti-Corruption Court bill presented to Verkhovna Rada (parliament) in December 2017 specifies a number of regulations which undermine the independence and effectiveness of the future institution creating a paper tiger without teeth and claws. Moreover, ‘the Empire’, namely the informal corrupt networks made up of most of the political, administrative and business elites (bureaucrats, politicians, judges and oligarchs) strikes back against already undertaken attempts to fight the corruption. In July 2017, the government submitted to the Verkhovna Rada two drafts that especially affect groups focused on fighting corruption. The drafts require NGOs to submit detailed financial reports identifying their staff as well as any group they work with or fund. NGOs that fail to comply with these onerous reporting requirements could face heavy fines, lose their non-profit status or even risk to be liquidated. In December 2017, the coalition parties presented a draft law which included stipulating that the procedure allowing politicians to dismiss the head of the NABU should be substantially simplified. Ultimately, the vote was cancelled due to strong international pressure, above all from Washington and Brussels. In January 2018, the IMF sent a letter to the President of Ukraine criticising the presidential Anti-Corruption Court. Several days later an analogous letter was sent by the World Bank. The bill has also been criticised by the European Commission.

Indeed, the West possesses instruments to put Kiev under a heavy pressure. After the Revolution of Dignity when Ukraine found itself on the verge of bankruptcy, the IMF, the EU and the World Bank threw a life line to the Ukrainian government. In both cases Ukraine received initially the first instalments unconditionally, while gradually they were made dependent on reforms including particularly the establishment of the above mentioned independent Anti-Corruption Court. The leverage of the West in Ukraine will be maintained because it will remain the only creditor of Ukraine in coming years. Moreover, 2018–2021 will be a period of intensified foreign debt repayment.
The underperformance of the Ukrainian elite is striking in comparison to the empowerment of society. The Revolution of Dignity revealed the profound social and generational changes which had been taking place in the country since the independence. The main exemplification of the generational change is the emergence of ‘the independence generation’, citizens who started their school education in sovereign Ukraine. This generation is still too young to take over the power in the country but is free of the Soviet heritage; it did not undergo the communist indoctrination. Independent Ukraine became the main reference point for them. These young people are substantially more open to the world. They mostly use internet and social media. They also often speak English and have experience of work or visits to the EU. A crucial component of this generation is social activism and individualism, which contrasts with the Soviet-style collectivism and passiveness. The rise of this generation was one of the key factors that made the Revolution of Dignity possible. The Russian aggression contributed to the intensification of its empowerment, and widened the circle of people involved in the process. A spectacular development of volunteer movement constituted the main practical expression of this social phenomena. At the beginning of the war the burden of the fighting rested on a variety of volunteer formations which lacked a logistical support. Assistance and supply came from ad hoc formed thousands small volunteer groups, created to a large degree on the basis of the previous structures supporting the Maidan. Volunteer organisations undertook also aid programmes for demobilised soldiers and Internally Displaced Persons (IDP). In effect, the volunteers and NGOs often replaced the state in key fields. The activities of volunteers gained a widespread public support. According to the opinion poll conducted by the Kyiv International Sociological Institute at the end of 2017, volunteers enjoy alongside the armed forces the greatest public confidence. The level of social trust is also relatively high in case of NGOs and churches and other institutions of civil society. The bottom-up approach of Ukrainian society confirms also a relatively good rating of local administration in the opinion polls.

However, this civil, ‘non-governmental’ awareness of Ukrainian society is aligned with the traditional Ukrainian Cossack-style ‘anarchist direct democracy’ (weak hierarchical structures and modest level of institutionalisation) whose paradigm is perpetuated in Ukraine culture.  In consequence, the Maidan and the war showed two contradictory trends: spontaneous and pluralistic “bottom-up” social mobilization on, the one side, and on the other a reluctance to submit to discipline or create hierarchically-led permanent structures focused on long-term activities. In fact, during the Maidan there were never any headquarters commanding a hierarchical structure. The volunteers engaged in support of war efforts and refugee crisis also did not manage to establish a single centre coordinating all their activities. Unfortunately, a Maidan political party representing new pro-reformative social forces was not established after the Revolution.  Nevertheless, currently, the Ukrainian society, thanks to the development of the volunteer networks, is much better organised than before the Maidan. There is also no doubt that the generational mental transformation will continue.

In all public opinion polls, Ukrainians indicate corruption as their country’s main problem. In fact, the rampant corruption was a key factor which trigged the Revolution of Dignity. Currently, the modest decrease of corruption constitutes one of main reasons standing behind a rather disappointing pace of GDP growth (around two percent in 2017). The lack of serious progress in fight against corruption contributed to an extremely low rate of social confidence in the entire political elite, state central institutions and judiciary. This situation is like a ticking time bomb. It may explode in case of further rise of social frustration provoked by the perpetuation of corruption. Because of the war in Donbas, Ukrainian society became literally much better armed. Ukraine is a country where there were always many hunting weapons and small arms in private hands. During the war, a large amount of military equipment has come into civilian hands (voluntary battalions). In this situation, there is a high risk that new possible anti-establishment public protests could be accompanied from the very beginning by large-scale violence.

Taking into consideration all these factors, the EU, in order to increase pressure on the ruling elite which is reluctant to fight the cooperation, should definitely enhance its cooperation with Ukrainian civil society. It requires a considerable rise of Official Development Aid (ODA) and channelling them particularly into the NGOs and the media which are involved in the fight against corruption (investigative journalism, public campaigns, education, training). The EU should also engage itself in the coordination of the activities of the strongly decentralised Ukrainian civil society. As far as ODA is concerned, it is worth reminding that in 2016 the relation of ODA to the GNI was 1,6% in case of Ukraine and 2% in Morocco. Both countries are similar regarding the size of economy, population and GDP per capita. However, in 2016 Ukraine was waging war, recovering from a very serious economic crisis and coping with a refugee problem. The determination of Ukrainian society to build a state based on the rule of law is strongly intertwined with the on-going Ukrainian nation-building process which possesses civic and pro-European credentials. Therefore, more robust engagement of the EU with Ukrainian society is also justified by the official mission statement of the EU that foresees the promotion of European values, but this is a topic for the next blog.

Ukraine: What the EU can do

Most important now is that the international community responds speedily and clearly to what amounts to a Russian occupation of the Crimea and the additional threat of Russian troops being stationed in Ukraine.
By Ralf Fücks 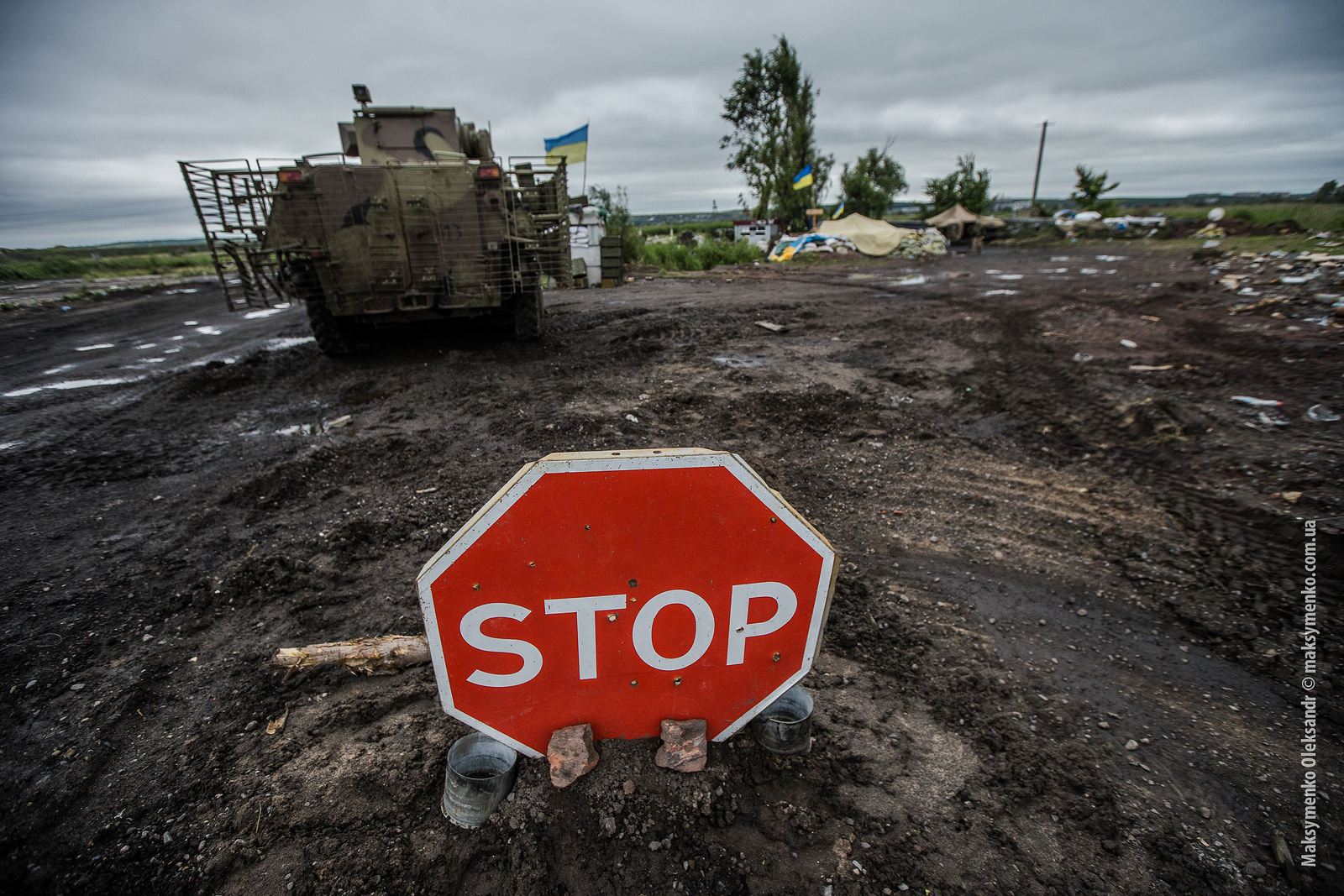 The Russian-Ukrainian Conflict and the European Union

Are the Western sanctions against Russia working, how long should they remain in force and are there any other means to influence Russia’s politics? What else is it the EU can do to strengthen Ukraine? Is a long-term EU membership for Ukraine feasible and how would Russia react to that? What exactly is the driving force behind Putin’s policy towards Ukraine and how can EU-Russian relations evolve under such hostile circumstances?

The annexation of Crimea in March 2014 and the launch of a hybrid war against Ukraine was Russia’s answer to the revolution triggered by Euromaidan. The conflict continues to pose fundamental challenges for the European Union, and raises the question of whether the EU will maintain its commitment to the political and economic consolidation of those of its Eastern neighbours which aim to make sovereign choices based on the rule of law and democracy.
By Jacek Kucharczyk and Grigorij Mesežnikov