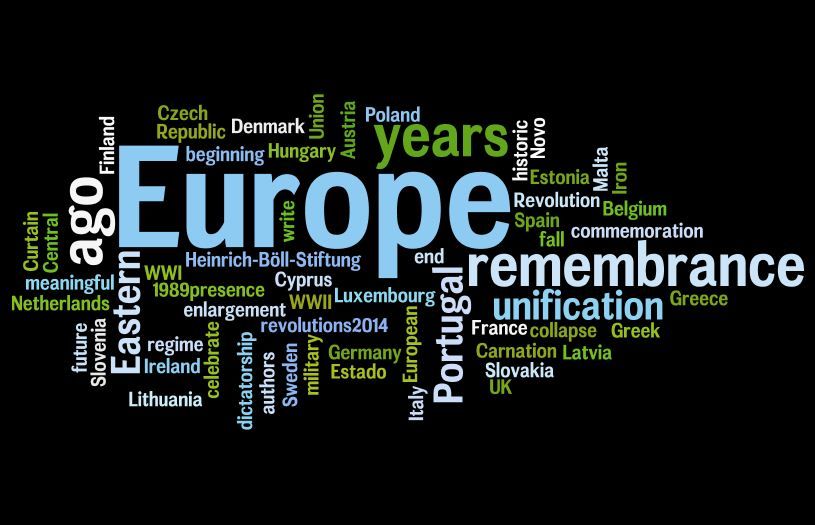 2014: A European Year of Remembrance

The year 2014 will see the commemoration of a number of historic events that have been turning points in European history. To start with, the beginning of two devastates World Wars that have overshadowed Europe’s history for a long time. But there are also happy dates to remember. 40 years ago, on 25 April, the Carnation Revolution in Portugal made an end to a 48-year long dictatorship, the ‘Estado Novo’. Also 40 years ago, on 24 July, the Greek military regime that had ruled the country with an iron fist since the military coup of 21 April 1967 collapsed. And 25 years ago the (mostly) peaceful revolutions in Eastern and Central Europe led to the fall of the Iron Curtain and, fifteen years later, the ‘Eastern enlargement’ of the European Union.
The Heinrich-Böll-Stiftung European Union has asked authors from various European countries to write about what these various historical dates mean for the presence and future of Europe.

These will be the articles in the order of their publication: