How does the current pandemic influence multilateralism? Which role can the European Union play in shaping its future? A debate.

Bastian Hermisson: Thank you both for your time to talk about the future of multilateralism and the European Union’s role in the world in the context of the upcoming German EU Council presidency. We are in the midst of the coronavirus pandemic and we have not seen the kind of high-level global summits we have in previous crises. We have also not seen sustained US or EU leadership. Do you think this is unique to this particular challenge or is it part of a long-term trend of the lack of effective multilateralism?

Annegret Bendiek: It’s a long-term trend. 100 years ago, the League of Nations was founded, which led to the United Nations and a certain idea of multilateralism. And after the Second World War, it has been for Germany to build its foreign and security policies on this idea of democratic multilateralism. And indeed “effective multilateralism” was mentioned in the European Security Strategy of 2003, which called for solving international conflicts in cooperation with strategic partners. As strategic partners, the EU mentioned the US, China, Russia, India and Canada. But these relationships have changed over time, and today governments seem to have different understandings of multilateralism in mind. So the EU urgently needs to work to strengthen the idea of democratic multilateralism again in these times. Authoritarian states are very much in favour of a functional understanding of multilateralism.

Franziska, do you see it similarly? Are we witnessing the unravelling of the liberal international order, and what has gotten us to this point?

Franziska Brantner: Worldwide, there are forces that reject and fight liberal democracies and multilateralism both within and outside of the “western partnership”. The long-standing idea that global cooperation creates a win-win situation for partners has been unravelling for a while now – a notorious Trump populist talking point – but it is also a recurring claim of autocratic leaders worldwide. But more profoundly: how is it possible that people do no longer believe that international cooperation does create win-win situations? I think part of the answer are the problems that came with the economic globalisation regime, such as rising inequality, tax evasion, the social and environmental race to the bottom to gain market shares, etc.

There have been attempts to deal with this reality. We have seen a French-German initiative on the EU-member state level that strives for an “alliance of multilateralists”. But how far do you expect this to go, and what kind of ambitions are realistic on a broader EU level?

Franziska Brantner: The question is whether we are prepared to fight for what is necessary, to keep our expectations high. I’m not sure if governments are just paying lip service to the idea of multilateralism. The present American administration is not supporting the international regime the US put in place after WW II, so the question is who will pick up the baton? The EU or Germany and France have yet to show they are willing and prepared to jump in, which would among others mean turning the Euro into a global reference currency, having a joint European 5G policy focusing on European Digital Sovereignty, and having a joined China strategy not dominated by a German car policy.

As Franziska mentioned, Annegret, the past effective multilateralism highly depended on a functioning and ambitious Trans-Atlantic partnership. How do you see the future Trans-Atlantic relations in this context?

Annegret Bendiek: First of all, it is important to mention that the EU itself is a multilateral construction. The EU is a community of law and therein lies the sleeping beauty of this organisation and construction. I think it is absolutely necessary that you have a strong power that supports the idea of multilateral cooperation, and I think the EU can play this role, when it comes to policy areas, which are linked to internal market policies – in the field of climate change, in the field of digital policy, in the field of environmental policy. It can set standards, which can be transferred to the UN level and to multilateral forums. There is a lot of work to be done to convince the EU member states as well as the US to support these upcoming standard settings on a supra-national level. So I think there is a chance for trans-national and Trans-Atlantic cooperation.

The coming election in the US will happen during the German EU Council presidency, and as Annegret mentioned, there are a couple of topics that would be essential for the EU to focus on, when it comes to multilateral governance. What do you think specifically should be the focus of the German presidency? What are the most crucial topics of a multilateralist agenda looking into the future?

Franziska Brantner: A top priority has to be the protection of the climate and biodiversity. After all, if we are not able to address these topics jointly, multilateralism itself stands to lose its very raison d’Être. A second issue is global health. If the US leaves the WHO, how do we keep it up, how can we ensure a transparent world health system? A third priority should deal with all the proliferation issues, nuclear as well as non-nuclear. Today the issue seems to have no priority on people’s radar, which I find worrisome given the consequences an unfettered process would have. I think the EU has to get actively involved; an incomplete weapon proliferation regime is still better than no regime at all. The fourth priority is undoubtedly the US-China competition; the EU has to become the third pole for all those actors who do not want to be sucked into a new bipolar competition. For this to happen, Germany will have to play a prominent role. I think the German presidency is the appropriate moment for us in Germany to debate the role we want to play both in the European Union and in the world, and the price we are prepared and willing to pay for the daunting tasks lying ahead of us.

What are your thoughts beyond the German role in the context of the coronavirus pandemic? On the one hand, we’ve seen an enormous amount of global scientific cooperation, but at the same time borders have been closed, walls have gone up again in many countries and there is an attitude of everyone to save themselves. What are your thoughts on how this pandemic will play out for multilateralism? Will it be a force that accelerates the trend towards the dismantling of the liberal order or could it be a turning point to reinvigorate global and regional cooperation and frameworks?

Annegret Bendiek: There are a lot of citizens in this country, but also in Europe, who believe  accretivelyin the role of the nation-state. The other way of thinking is that at the moment we are witnessing a clearer view of how a G-2 world will look, where all the middle range powers have to find their position, therefore I see a strong role for regional organisations in the future. What I hope for is that under the German presidency, we will see a stronger role in European foreign and security policies, and the adoption of Qualified Majority Voting in the Council, but this is not enough. We have to empower the people and strengthen the parliamentary role in the EU, on all levels of policy-making. In the EU’s Global Strategy of 2016 it is rightly stated: “A resilient society featuring democracy, trust in institutions, and sustainable development lies at the heart of a resilient state.” The EU as a community of law can promote democratic multilateralism if it is itself democratically legitimised and subject to parliamentary control, including in the CFSP. 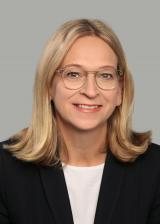 Dr Annegret Bendiek is a political scientist of the research division "EU/Europe" at the German Institute for International and Security Affairs (SWP). Since 2005, she has been researching fundamental issues of European foreign and security policy and is a lecturer in the postgraduate program "Master of European Studies" at Freie Universität Berlin and Technische Universität Berlin.

In addition to her research and publication activities, she advises governments, international institutions and companies on European foreign and security policy as well as on regulatory issues in cyber security and digitization at EU level.

Franziska, how do you think we might come out of this crisis? Are you more hopeful, pessimistic or somewhere in between?

Franziska Brantner: Let me first reply to Annegret, I think it’s good and well always to say we need more parliamentary control in the EU but what kind,  where is it lacking concretely? Today’s reality is that the European Parliament has a much stronger role than many national parliaments.

Bastian, at the beginning of the crisis I was quite pessimistic about the EU. The low point in the unfolding drama was as Germany adopted an export stop including in the EU for medical products. That’s when I thought the entire EU single market was coming apart, because if we did not deliver the products that had been ordered and paid for, the internal market order lost its purpose and would in time unravel. I was quite happy that President Von der Leyen threatened with a quite high fine for Germany, if they did not reverse that decision. I was also surprised how many citizens called for and demonstrated for open internal borders. I never thought that the German-French border would every Saturday be the theatre where citizens demonstrated and said ‘I want this border to be open.’ So in some perverted way it might have helped us all to realise what closed borders feel like and that we do not want to go back to border control, neither economically nor politically.

Thank you for this interview.

Dossier: Green Ideas for the Future of Europe