For the Ukrainian energy sector, the beginning of the year was marked by the “Ukrainian Green Deal” proposal developed by the Ministry of energy and environmental protection. According to the Ministry’s vision for 2050 presented draft Green Energy Transition concept, Ukraine is set to step on the energy transition pathway and actively develop energy efficiency measures, phase out fossil fuels and switch to renewable energy sources (RES). But when it comes to near-term plans, further investments of public funds in nuclear and gas projects are still being considered by the government. Kostiantyn Krynytskyi, NGO “Ecoaction”, head of energy department and Oleh Savytksyi, Ukrainian Climate Network, climate and energy policy expert report on a country at crossroads.

The beginning of 2020 for the Ukrainian energy sector was marked by “Ukrainian Green Deal” proposal developed by the Ministry of energy and environmental protection. According with the  Ministry's vision for 2050 presented draft Green Energy Transition concept, Ukraine can step on the energy transition pathway and actively develop energy efficiency measures, phase out fossil fuels and switch to renewable energy sources (RES). But when it comes to near-term plans, further investments of public funds in nuclear and gas projects are still being considered by the government.

In March 2020 solar and wind generation in Ukraine for the first time have exceeded coal. On March 15 renewables at noon output reached 2,98 GW, while the coal fleet was running at 2,3 GW. Even with the surge in the installed capacity of variable renewables in Ukraine,  which nearly tripled from 2,3 GW to 6,8 GW  just in a year, curtailment of renewables is still negligible in volume. The power system is running smoothly without gas peaking plants, benefiting from the available fleet of large hydro plants (4,8 GW) and pumped hydro storage (1,5 GW). At the same time role of natural gas in the power sector is very limited, as it is used primarily for baseload generation at combined heat and power plants in several cities, while major thermal power installations have excluded gas from their fuel mix and run solely on coal.

At this time of emerging energy transition, Ukraine's governance in energy sector is in complete disarray. Recent government reshuffling, followed by shockwave of COVID-19 pandemic emergency, has left the new integrated Ministry of energy and environmental protection in limbo with temporarily acting head and no clear policy direction for the power sector. Major state-owned power generation companies Energoatom and Centerenergo are in the same situation, as well as national transmission system operator Ukrenergo - these strategic companies don't have legitimate and stable top management. At this moment in time, when the long-term vision for overall energy transition is on the table, Ukraine's power sector is practically behaded.

Meanwhile, there have been a number of high-level public discussions in Kyiv over the past few months devoted to natural gas as a remedy to climate change and naming it "transition fuel". While the gas lobby advances its interests and promotes new major infrastructure projects and investments, independent energy experts and civil society discuss why Ukraine should not increase its historically adverse dependence on the blue fuel.

Although fossil gas at global markets is becoming cheaper due to the fall in oil prices, the power sector is moving away from gas plants as uncompetitive compared to zero-carbon alternatives. Short term price drop does not mean that investors can forget about risks of stranded assets and carbon lock-in. In Australia, California and many European Countries renewables in combination with energy storage systems have proved to have better technical and economic performance than gas plants and increasingly push them out of the market.

The constant reduction in the cost of renewable energy, combined with the rapid development of battery and hydrogen technologies, will eventually disrupt all business models for gas-powered plants, displacing them from base-load generation, as well as from peak-load and backup power. Investments in new major gas projects will only result in higher electricity costs for customers and continued infrastructure carbon lock-in.

Increasing its reliance on gas in Ukraine would be a terrible mistake at times when comprehensive and cost-effective energy system transformation is at hand with plummeting costs of solar and wind and rapid advancement of energy storage technologies. Furthermore, to adapt to fluctuating production patterns of renewable energies additional flexibility in the power system can be provided by digitalization, spread of distributed energy resources and their smart management.

This is what Ukraine was doing perfectly the last ten years since the 2009 “gas war” with Gazprom, as blue fuel hit 360 dollar per 1000 cubic meters and became too expensive for power generation. TPP's were retrofitted to run solely on coal without gas co-firing, which was common in 1990-ies and early 2000-ies. With cheap gas this practice can be practical once again for several years, with minimal retrofit cost and without major carbon lock-in associated with new gas-fired capacities with asset lifetime of 20-30 years or more.

Meanwhile, battery energy storage systems are rapidly advancing quickly and already becoming economically attractive even without subsidies, while subsidies and co-payments are typical for gas peaker plants. Wind and solar power plants with energy storage systems are already outcompeting new gas plants in Germany, the United Kingdom, China, Australia and the United States. Wood Mackenzie research has shown that six- and eight-hour battery storage systems, that are starting to hit the market, can meet 74 percent and 90 percent of demand in peak hours, respectively.

Variable  renewables, especially without adequate forecasting which is the case in Ukraine, do increase balancing needs in the energy system and demand more flexibility, but gas is not the only and not the best option for this. The real solution requires balancing responsibility for RES operators, which will incentivize them to invest in proper forecasting of power output from their solar and wind plants and in energy storage systems. Balancing responsibility for all large utility-scale RES producers can open business cases for virtual power plants and aggregators, which in turn can also enact untapped potential of demand side management.

If Ukraine does make a bid to expand its use of natural gas in power generation, it will require multi-billion dollar investments in gas infrastructure, exploration and extraction and all the destructive environmental and social impact this entails. New pipelines and new gas-fired power plants can put additional heavy burden on the economy, instead of revival after crisis. In the end Ukrainian taxpayers and industries will have to pay the bill, if Ukraine were to allocate state financial guarantees for such projects. In doing so, the government will waste time and resources in this crucial time by investing in outdated technologies, instead of improving energy efficiency and ditching fossil fuels altogether to combat climate change.

Long-term gas projects (such as pipelines, LNG terminals and big gas-fired units) are inherently stranded assets and will lose money and eventually waste capital invested, as climate change is hitting harder and  governments of major economies are preparing to introduce carbon border taxes. In this setting gas-fired power plants will not be viable in liberalized markets, especially because of falling electricity prices at wholesale markets and technological refinement and increasing competitive advantage of battery storage. To stay afloat incumbent fossil-fired plant operators will try to push for even more subsidies, capacity mechanisms and other market distortions.

Additional demand for gas in Ukraine driven by undue state support and infrastructure investments threatens both decarbonization and energy security: it will lead to intensification of domestic extraction using hydraulic fracturing (with all its environmental and social impacts) or increased import of gas from Russia, or both. Despite enabled reverse flows of gas from EU and diversification supply contracts, return to reliance on imports of gas is still very detrimental for Ukraine's energy security and will create political leverages for Russia, where political class is inextricably linked with fossil fuel industry and has strong motivation to hinder successful energy transition in Ukraine and in the broader region.

Instead of a conclusion

The recent attempts for mythologization of natural gas as an alternative "transition fuel" in Ukraine, does not stand up to criticism in more detail. If Ukraine really aims to become energy independent and pursue the goals of the Paris Agreement actively combating climate crisis, any government and EU support for the fossil fuel industry is unacceptable.The current breakdown of energy demand in light of the Corona crisis can become a starting point for enhanced energy security by stimulating economic recovery based on efficiency gains and expansion of renewables. In the context of the European Green Deal it is time for Ukraine to build up a comprehensive decarbonisation partnership with the EU.

Ukraine's power sector is now entering deep structural changes, which are much needed to address mounting geopolitical, economic and environmental pressures. Country's thermal power generation is already entering terminal decline and needs to be replaced by deployment of distributed renewable energy sources, energy storage and digital solutions for flexibility. To win the fruits of energy transition Ukraine would have to apply step-by-step approach to deep restructuring of the power sector.

The first step for Ukraine in this transformation would be to withdraw any commitments to invest in centralised infrastructure and outdated fossil fuel technologies, that can lock economy into unsustainable - both geopolitically and environmentally - energy supply patterns. Instead of continued investments in fossil fuel infrastructure, rollout of new technologies should be accelerated in line with the new distributed energy paradigm.

The text was published first on energytransition.org

Ukraine: “Renewables must not be a business for few only 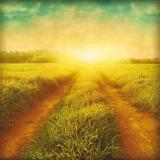 Renewables: The Only Path to a Secure, Affordable and Climate-friendly Energy System by 2030

This paper demonstrates that an expansion of renewable energy sources is the only path to a secure, affordable and climate-friendly energy system until 2030 and beyond. Renewables not only drastically reduce emissions and other environmental and social burdens; they also reduce energy import dependency and hence increase energy security, strengthen local economies, and create jobs. 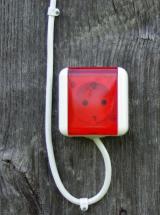 How can the 2030 climate and energy framework set the necessary conditions to further enhance the growth of renewables across the European Union?

On October 13th a large coalition of environment, climate and indigenous peoples organizations has posted a letter to the board of the Extractive Industries Transparency Initiative (EITI). The group demands that the EITI’s principles, standards and procedures have to take into account climate change impacts, and the consequences of necessary legal and policy reforms and associated risks to the fossil fuel industry.