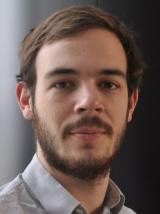 Lucas Guttenberg is a Senior Research Fellow and Deputy Head of Research at Jacques Delors Institut – Berlin. He leads the team working on EMU, the Single market, social Europe and digitalisation. His own research focuses mainly on institutional developments in EMU, a matter he had also covered as economist in the European Central Bank’s EU Institutions and Fora Division. Prior to joining JDI, he worked as an advisor to the ECB’s Permanent Representative in Washington, DC. Lucas holds a BA from SciencesPo Paris and an MPP from Harvard Kennedy School, where he was a McCloy Fellow.